Best PS4 Detective Games – When it comes to gaming on your PS4 (and PS5), there are fewer titles more enjoyable than detective games. The sensation of tracking down a criminal by uncovering clues and using interrogation techniques and then putting it all together, is exactly why the detective sub-genre has proven so compelling to gamers in recent years. Starting with five titles and to be updated on a semi-regular basis (i.e. whenever more decent detective games decide to appear), we’ll let you know what the best PS4 detective games are.

Set in the North West of England in 1987, The Occupation casts players as an investigative reporter who is looking into a shadowy corporation that is seeking to undo a range of civil liberties that had been enshrined into law.

Before you go pointing fingers at the big wigs behind this conspiracy however, you need to have enough evidence to back up your claims and it’s here that The Occupation truly shines. 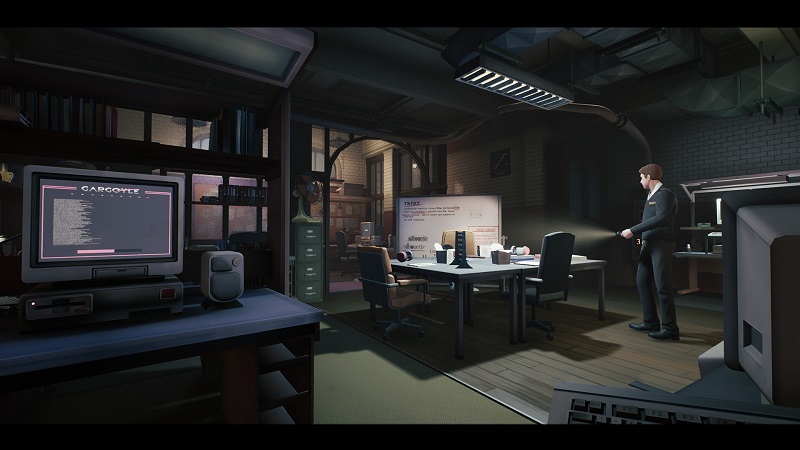 Players can rummage through offices to uncover incriminating files, sneak through air vents into forbidden areas and hack computers to gain useful information which can all be used in the final interview with the powers that be.

However, the kicker here is that time never stops and individuals will go about their own schedules and activities accordingly; forcing you to plan a lot more carefully as a result. The Occupation is well worth the price of admission (and especially now that a raft of patches have fixed many of the issues that were present at release).

From the same folk that gave us the highly enjoyable Sherlock Holmes games, The Sinking City turns the substantial talent of developer Frogwares to the pages of Lovecraft. 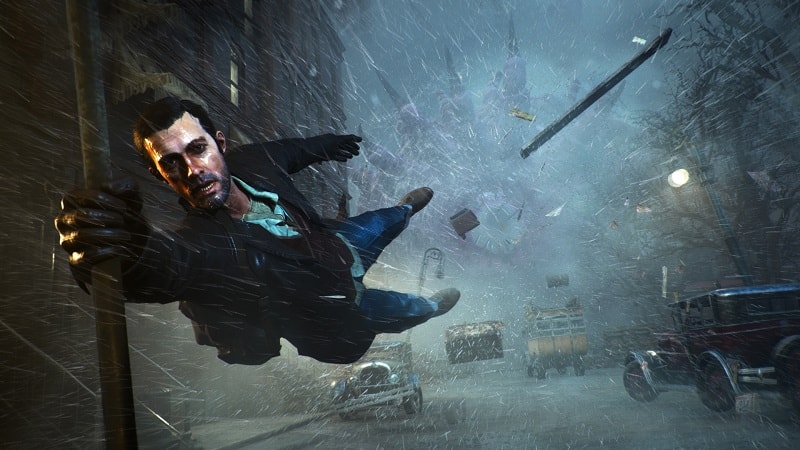 As a 1920s private investigator sent to the mysteriously half-submerged eastern US city of Oakmont, players are tasked with getting to the bottom of grisly murders and overtly cultish behavior that many of its denizens seem to display.

With a massive open world for players to explore, a reworked combat system (that has improved greatly post release), and lashings of thick Lovecraft dread and horror, The Sinking City is an easy recommendation for anyone who would want to marry their love for sleuthing with Eldritch inspired horror.

Return of the Obra Dinn 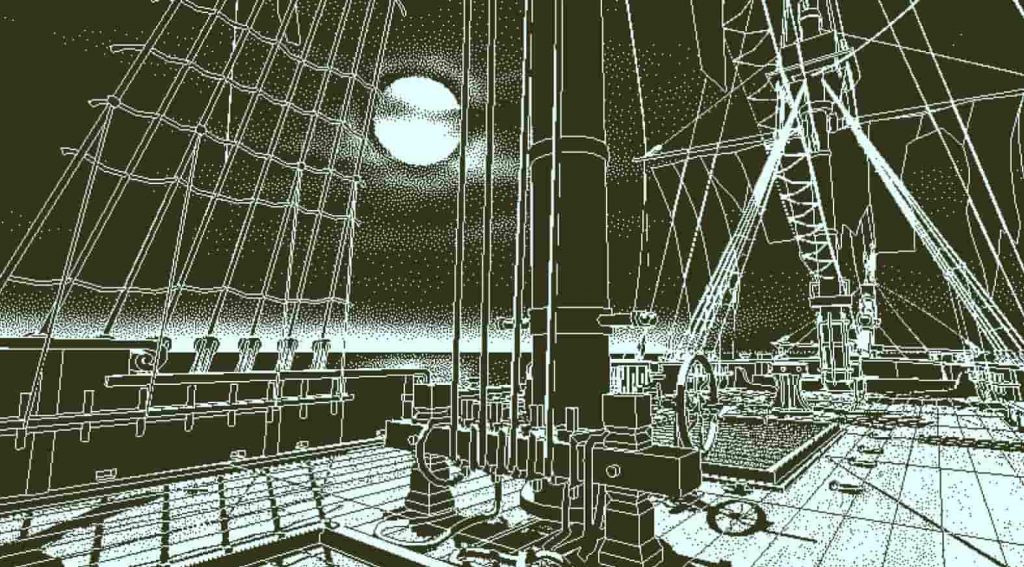 By using the Momento Mori, an arcane compass that allows you to venture back into the memories of the dead, you can identify not just who the crew members are against records, notes and conversations that you have heard, but also attempt to parse the manner in which they perished.

Where Return of the Obra Dinn really excels though, is in how it allows players a substantial degree of latitude when it comes to proclaiming judgement on the identities and fates of each of the crew members; placing a real premium on logic based investigation in the process. Throw in a stunning 1-bit, retro veneer that utterly separates Return of the Obra Dinn from anything else on the market, and you have a winner.

A spin-off from the famed Yakuza series, Judgment puts players in the shoes of Takayuki Yagami, a former high-flying lawyer who after his acquittal of a murderer results with him brutally re-offending, ends up setting up his own detective agency to pursue the unsavory sorts that lurk in the underbelly of Kamurocho. Though Judgment is broadly similar to the core Yakuza games in many ways, especially in regards to combat, minigames and balance of absurd and serious tones, it embraces a whole range of new mechanics that arguably make it far more of a more methodical, investigative affair. During his investigation, Yagami will find himself having to talk to witnesses and suspects, use multiple dialogue choices to get the bottom of what they know (or what they don’t know), perform forensic searches, trail suspects and leverage evidence to prove culpability. Judgment then is a decidedly more action-packed affair than many of the other offerings in this list, but its Tokyo setting combined with its sleuthing mechanics all add up to make it utterly irresistible all the same.

Although Rockstar’s L.A. Noire has already done the rounds on the trusty PS3, it’s subsequent remastering on PS4 has opened it up to a whole new audience. A violent crime thriller set in the post-war boom of Hollywood’s Golden Age, L.A. Noire casts players as LAPD detective Cole Phelps; an ambitious sleuth who is gradually peeling back the glamorous splendor of Hollywood to reveal its seedy underbelly. Mixing together third-person driving, shooting, clue finding and deep interrogation elements, L.A. Noire earns its place on this list not least because it is the only game on the market right now that manages to depict post-war Los Angeles in such a vivid light. With photo-realistic faces, detailed environments and excellent period atmosphere, L.A. Noire also looks the best it ever has too, with the PS4 Pro version of the game supporting 4K resolution.

If you can forgive the rough around the edges presentation of Murdered: Soul Suspect, you’ll find much to love in its grim and haunting tale of a detective seeking justice from beyond the grave. One of the most unique detective games available, Murdered: Soul Suspect has players trying to solve their own murder from the afterlife by affecting individuals and environments in the real world. 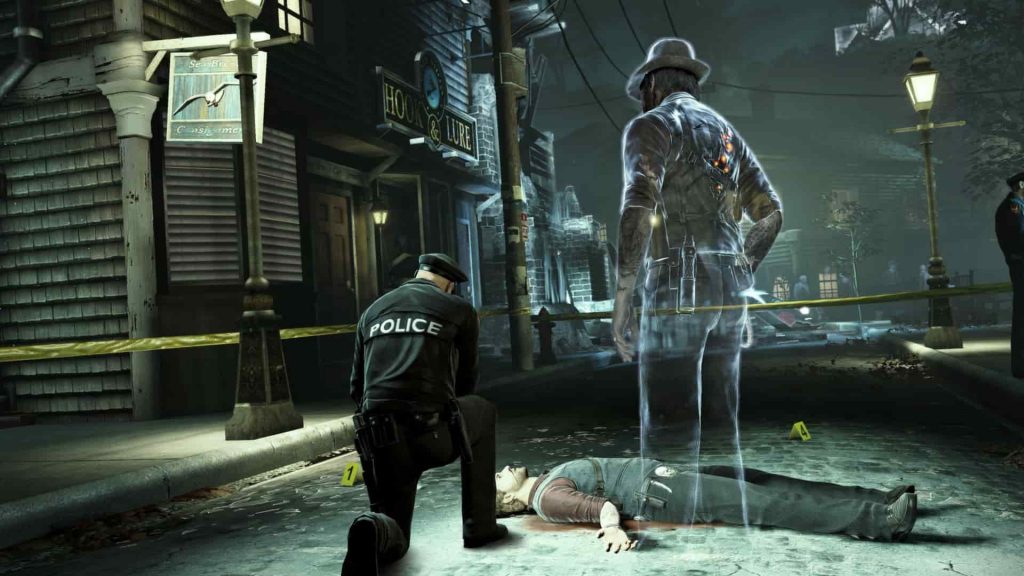 Set in present day Salem (an aptly chilling place if there ever was one for a supernatural detective yarn), players must possess the living to read their minds, uncover new clues and even speak to the dead to push the story on further. A highly enjoyable sleuthing adventure, Murdered: Soul Suspect is one for wannabe detectives who like their cases to have a nice dollop of supernatural flair.

It was only a matter of time until the pride of 221b Baker Street would make his way onto Sony’s home console, and in Sherlock Holmes – Crimes & Punishments his debut is one marked by a lofty caliber indeed. By leveraging the almost superhuman cognitive ability of Sherlock Holmes, players must solve six very different cases that take them across the width and breadth of Victorian London. 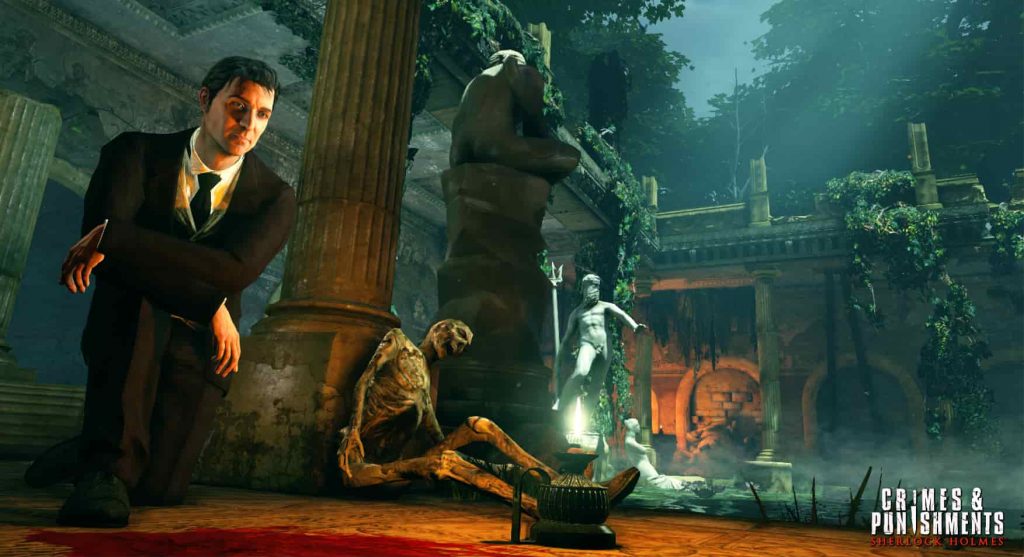 Every bit channeling the escapades of Arthur Conan Doyle’s famous detective, in Crimes & Punishments players must explore the nooks and crannies of Victorian London, looking for clues and interviewing potential suspects. Where things get especially neat however, is in the unique interrogation sequences which allow players to use Sherlock’s heightened sense of awareness and attention to detail to notice small details on their suspects, such as frayed thread on a shirt, or dirty fingernails for use in their questioning.

The second Sherlock Holmes title from Frogwares to be released on PS4, Sherlock Holmes: The Devil’s Daughter took the London detective on a supernatural jaunt as he investigates an occult mystery that has far-reaching ramifications for the people of the city. 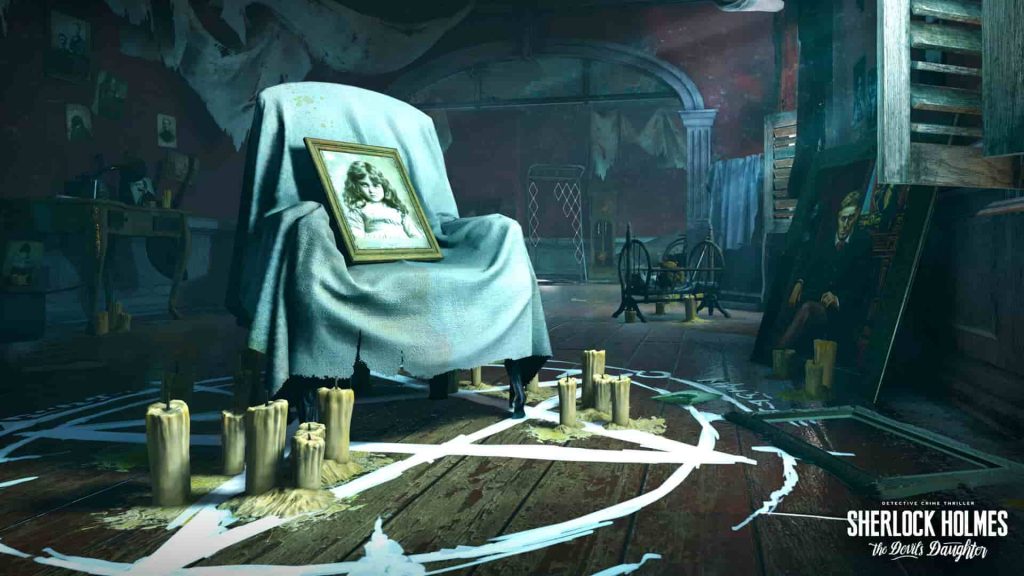 Bringing back the core investigation and exploration systems from the previous game, Sherlock Holmes: The Devil’s Daughter separates itself from the first game by not only allowing players much more freedom to explore the streets of London, but also in the sheer amount of action sequences that it has on offer; encompassing everything from fistfights to a harrowing escape from a burning building. Oh, and for some reason, Sherlock looks *just like* Mad Men actor Jon Hamm, too.

A resolutely colorful and at times, positively cheerful detective adventure, The Raven Remastered throws players back to the 1960s and casts them as Swiss Constable Anton Jakob Zellner, a long tenured police officer who must track down the titular Raven – a murder and world-renowned master thief. 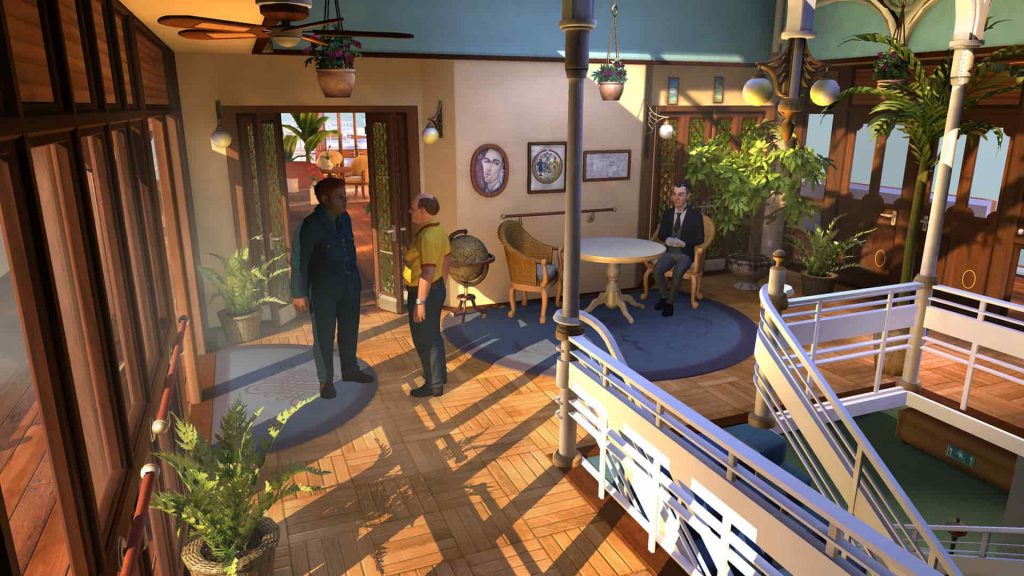 A leisurely, yet enjoyable offering, The Raven Remastered is an attractive title both for stalwart PS4 detectives and newbies alike that boasts a beautifully composed orchestral soundtrack, some great puzzles and a decent, lengthy mystery that possesses a great conclusion. If you fancy getting into detective games on your PS4, but aren’t sure where to start, you could do far worse than spending some sleepy weekend afternoons with The Raven Remastered.

What are some of your favorite PS4 detective games? Let us know in the comments below!

Is Timberborn Coming To PS5, PS4?

A new PlayStation Showcase event will stream next week

Activision Blizzard Is Being Sued Again, This Time By The US…