As promised, CD Projekt RED reveals the minimum and recommended PC requirements for Cyberpunk 2077. Both configurations require 70 GB of install space. Otherwise, the overall requirements are very reasonable in both cases.

Speaking of recommended specifications, Windows 10 64-bit, an Intel Core i7-4790 or AMD Ryzen 3 3200G, 12 GB of RAM and a GeForce GTX 1060 with 6 GB VRAM or an AMD Radeon R9 Fury are needed. A solid state drive seems a given in this kind of set-up for the best possible performance. Still compared to even some of the more demanding games today, these specs aren’t too bad.

Cyberpunk 2077 is out on November 19th for Xbox One, PS4 and PC. Check out the various sights and sounds of Night City here or view more about its gangs here. Another episode of Night City Wire will be coming up, most likely before launch, so stay tuned for more details. 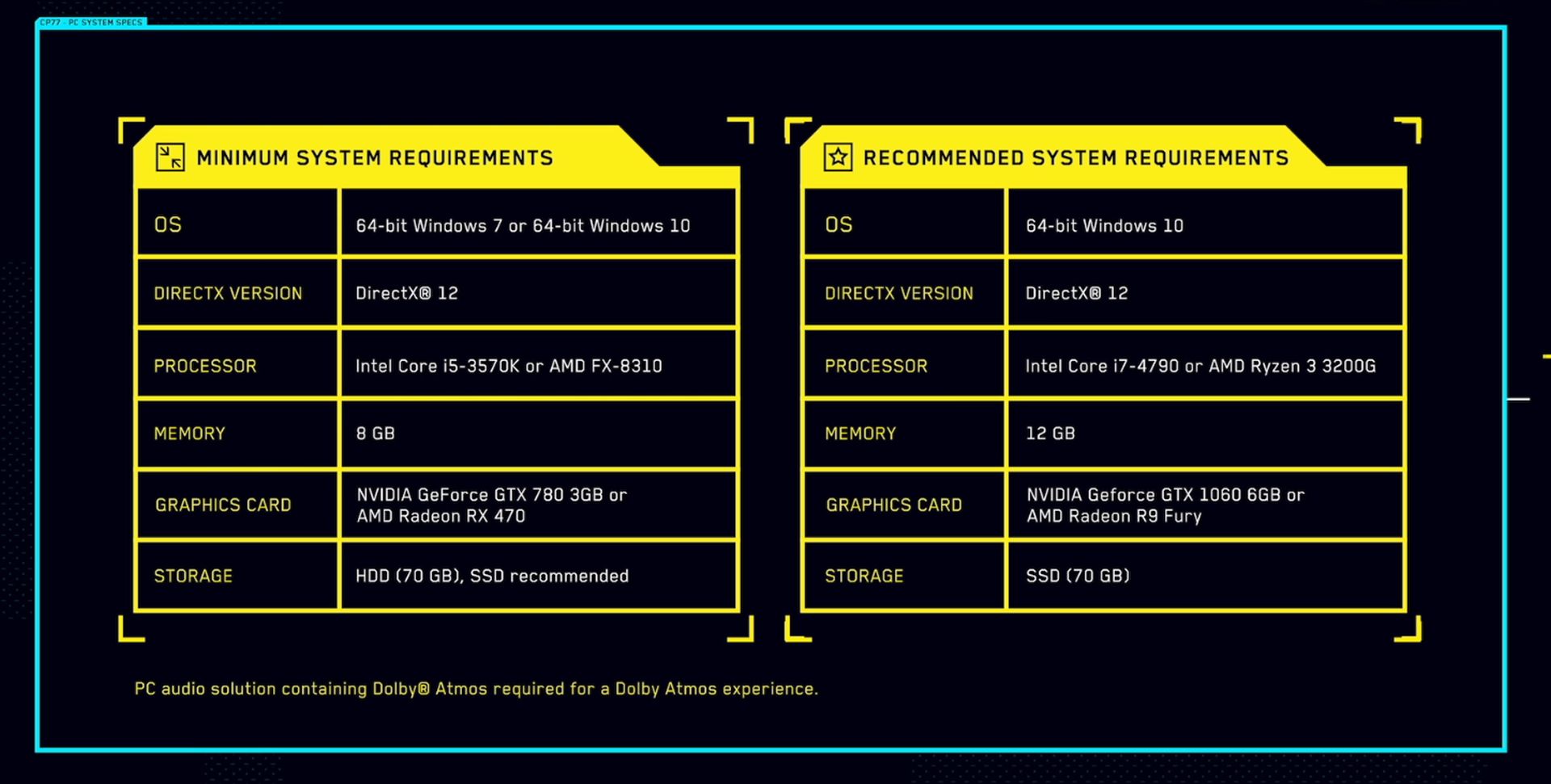 Destiny: The beta has been a SUCCESS