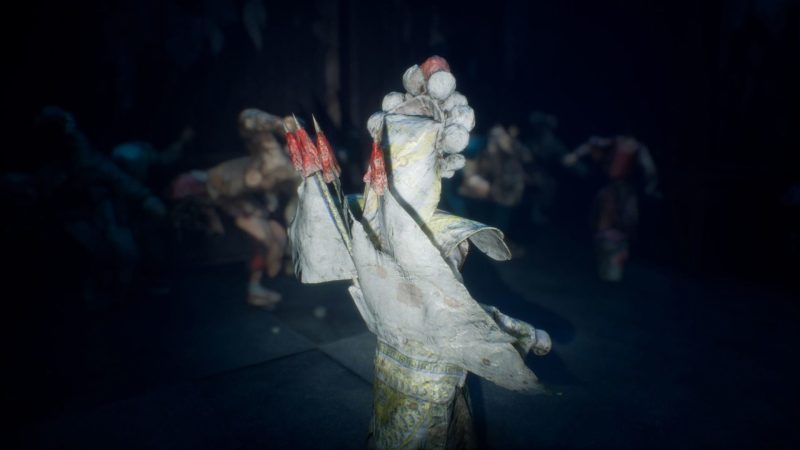 Paper Dolls 2 Review (PS5)– I have been living for this resurgence of horror games in the last couple years. We’ve already seen a couple of new titles hit PlayStation consoles, with some of them evening making the transition to PSN from PC.

Paper Dolls 2 is the latest horror romp to hit Sony consoles, being a sequel to the VR-exclusive Paper Dolls. And, while it makes a decent transition from VR to standard controls, the limitations of the product show up more vividly in this version.

Paper Dolls 2 sees you taking on the role of a man in search of his daughter in a haunted mansion, the Yin Mansion. You spend most of your time fending off revenues and solving puzzles so you can unravel the mysteries of the building and reunite with your child.

The aesthetic in Paper Dolls 2 generates a palpable environment from the get-go. All details stand out beautifully, but they all seem to fall behind the slightest fog. This causes everything to look a bit off, almost just out of focus. Even though the presentation tends to look just a touch muted at times, it does force you to take a few extra moments to discern what you see, which adds to the suspense nicely.

While the map is quite large, the scenery itself lacks a lot of variety. Different rooms naturally feature different types of furniture, but the walls and doors all look the exact same. This makes backtracking for puzzle-specific items more cumbersome until you get acquainted with the layout of the building. 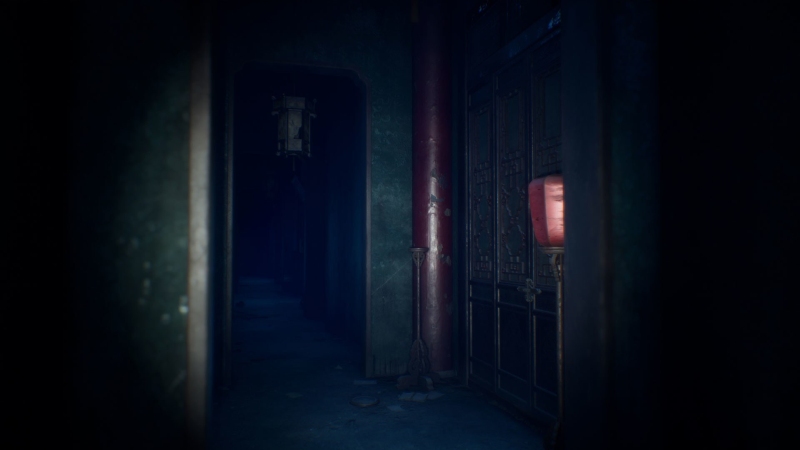 Digging Into The Past

You find different pieces of old documents sprinkled across the map that give you piecemeal details about what took place in the mansion over the years. This side of the game is what you make of it: further exploration rewards you with more details than the game naturally provides. Considering how much exploration the game requires, odds say you most likely find most of these documents on your own anyway.

To accentuate the impact of these documents, the enemies you encounter also carry a ton of ethos and mythos just in their appearance alone. Most enemies stand out from each other, all looking like they come from different eras with how they dress. Only the first boss lacks any true vivid characteristics, being a pitch black void and all, but it makes up for this with its aggressiveness.

Sound-wise, things a bit of a mixed bag. Footfalls sound different based on what you walk on, but these don’t all sound as you might think they would. Floorboards create an authentic creak that echoes in the quiet building, while walking on carpet sounds like muted steps in snow. Doors make loud creaks, too, which add tension every time you enter a room. 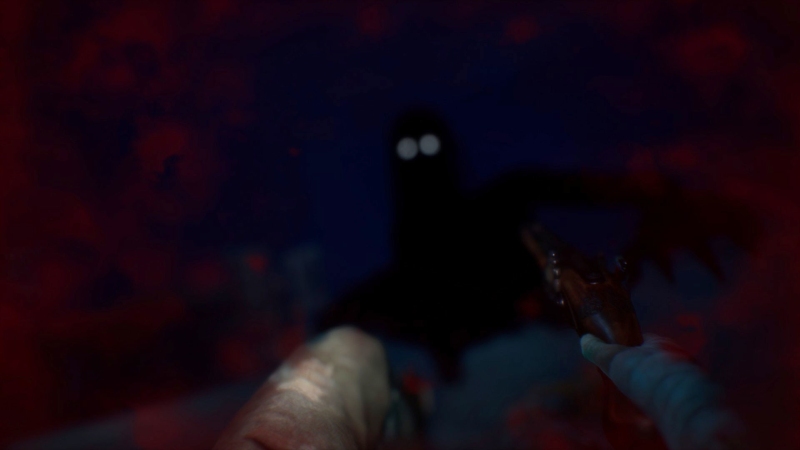 Time Won’t Give Me Time

Pros and cons come with how your character moves around the map. He walks abhorrently slow, which elongates all the time it takes for you to explore and seek out puzzle pieces. At the same time, being chased while moving so slowly, all while in first person, keeps you worried about the next attack coming your way.

You do have a sprint that you can use, but you barely move any faster, and the tradeoff of “running” for two seconds is a temporary reduction in walking speed. Perhaps if his sprint would last longer than it does, the risk-reward of using all your stamina would not feel so lopsided on the side of risk.

Another issue with movement speed comes when you fight bosses. Enemies move much, much faster than you do, but they never seem to catch you when giving chase. They constantly nip at your heels, but they don’t get to you unless you stutter or slow your pace. For the first while, this feels like wonderful tension, but it soon grows into something that’s intentionally programmed for your character movement.

From the start of the game, you wield a phurba, or a decorative weapon with a long handle and a pointed end, which acts as your first line of defense. Along the way, bosses trigger attacks that prompt quick time events in order to escape unscathed. You also use the phurba to parry attacks, but this only works if you nail the timing perfectly. Considering the game begins with a horror tone, abruptly adding in reflex-dependent abilities quickly changes the tone to survival instead of horror.

As you progress, you also find an old flintlock pistol to fight enemies more easily. Ammunition remains scarce much of the time, and picking your shots adds to the tension the game creates. At the same time, you find more bullets when the game requires it. As such, you are never unprepared for any fights, but you still need to choose wisely how you use the resources the game provides.

The flintlock becomes critical to keep a distance from enemies for more than the obvious reasons: Enemies still hit you through objects. You fight ghosts, yes, but their bodies while visible don’t go through structures. Their swinging arms do, however, and this further makes the slow movement speed even more frustrating. This wouldn’t frustrate so badly if every hit you take weren’t so devastating, since many of the hits either leave you near death or dead.

While Paper Dolls 2 isn’t inherently terrifying, it offers an eerie environment as well as tons of different puzzles that run the gamut from simple to brain-teasing. I personally prefer a heavier ratio of horror in my horror games, but Paper Dolls 2 still provides a service to fans of the survival horror genre. I can’t say it’s an entry-level type of game due to how the game delivers its puzzles, but Paper Dolls 2 makes for a good time in between other games. 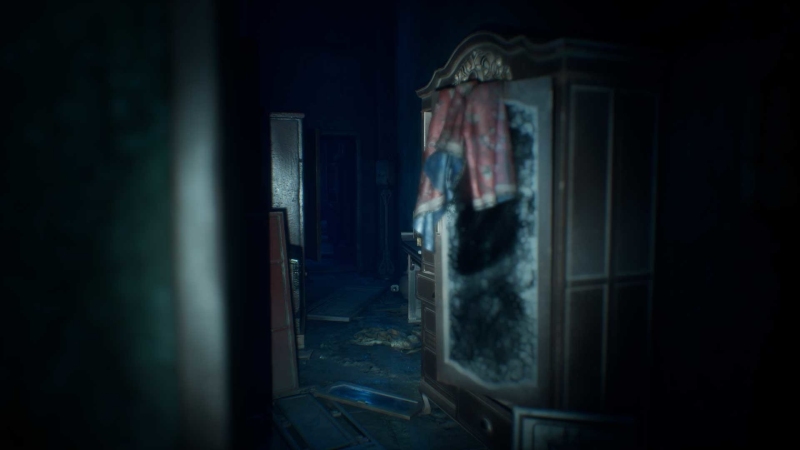 When looking back at the complete product, I find that my time spent with Paper Dolls 2 felt good. What makes the game feel even better than it might when compared to other games like it is that it only costs $20.

Considering this game lasts around eight hours or so and includes tons of exploration and puzzle solving, the cost to gameplay ratio feels about right. You could easily find better games for cheaper, but you still can’t go wrong with what Paper Dolls 2 provides for its price.

Paper Dolls 2 plays heavily into the exploration and puzzle-solving side of survival horror while focussing its genuine horror elements as something of a break between solving conundrums. The price is right at $20, and the environment makes for an eerie setting indeed.

However, issues with movement speed, repetitive level design, some odd sound choices, and boss interaction keeps Paper Dolls 2 from high tier status. As long as you know what you’re getting into, you can still easily have a good time.

Check out all 10 EDENGATE: The Edge of Life Xbox achievements

Ubisoft confirms The Settlers: New Allies will come to Xbox

Warner Bros looking to expand DC universe to include games

Golf With Your Friends adds Couch Mode in free update

Borderlands 3 On PS5 Has Added 120 FPS Support Via…