Welcome to the Tower, brave adventurer. It’s your happy task to ascend the Tower and claim all the rewards which await you. What? Dangers? Well, there may be a few, but you can handle it, right?

Guild of Ascension combines turn-based RPG and rogue-lite elements with (if we’re being completely honest) a lightweight story element. While there is a well-laid-out backstory for the situation regarding the tower, the characters are more like old-school module NPCs. You get to play two characters, so there is an interesting dynamic when it comes to planning combat tactics.

It has been a while since anyone attempted to ascend the tower, but the locals are hopeful you can get the job done. There is some help for you as you make your ascent—a guild grants “favors” (buffs to your stats and abilities), helps you upgrade your weapons, and so on. You are also allotted a sort of home base/campsite where you can rest and recover, eat (to regain HP), and use your XP to level up at the goddess statue. From here, you can head back into the tower or take a trip into town to shop at the locals’ stores. You only have access to charms at the start, then weapons, and later you can unlock kits and pets—all of which are there to help you survive the tower, of course.

Gameplay is well suited to the Switch. The controls are fairly intuitive and not so involved that they might confound a new player. The visuals are good in handheld mode and when docked. The game could use a little help with the start-up screen, however; when I started up the game, there was a blank, black screen for just long enough to make me wonder if the game froze. Fortunately, I have not encountered any real glitches, it just takes a while for the game to boot up. The game tutorial is decent, but it could be a bit more thorough in teaching the player how to use the different attack modes (standard, special, and “taunt”). One feature that should really be covered better is the rest function. When it is your turn during combat, you can opt to “rest” (B button) to regain HP.

The game plays out on a square-based grid, so your movements and attacks are limited by the cardinal directions. There are a couple of interesting upsides here. Before you start combat, the game gives you a view from above so you can see the area with opponents, and you have the option to change which member of your team goes first. Another point of interest is how the turns play out. In a standard turn-based game, you select an action and it plays out—your turn is done. 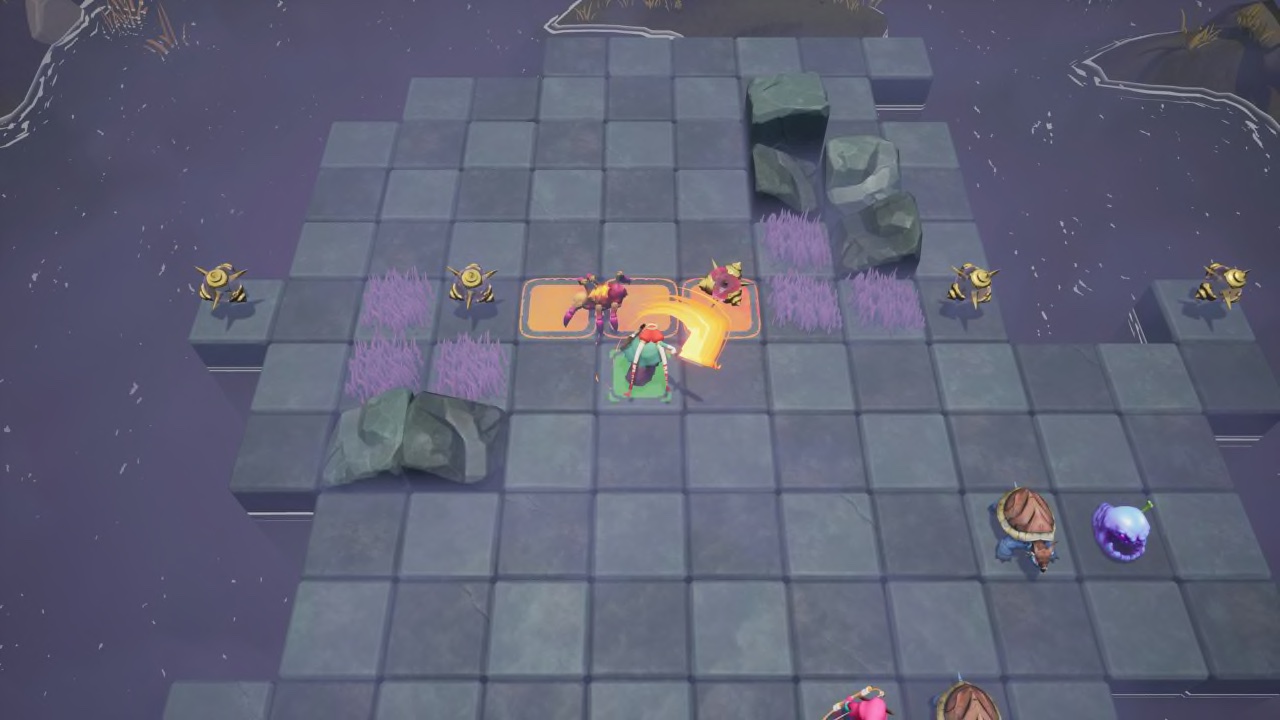 In this game, your turn is allotted a certain amount of real-world time. During this time, you can do whatever you want: swing your sword to attack 3 times, turn and run away, then turn back to face the enemy. All this can be done one turn if you use your time wisely. This is one of the biggest differences between Guild of Ascension and other turn-based RPGs; you are free to use the time of your turn in a variety of ways, not locked into a “one swing and you’re done” mode of combat.

Now, here is the caveat for all this freedom of action during combat; this game will allow you to do damage to your ally. That’s right, if you are taking the archer’s turn and accidentally point your arrows right at your other player character, you can hit your counterpart and deal damage. Don’t worry too much, your characters have a built-in “dodge” skill, so your shot may miss. One skill which might compound this problem is called riposte, and it does just what it says—you get an automatic follow-up attack after your enemy takes a shot at you. If you happen to be facing away from your attacker and you are pointed at your ally, the riposte will activate and you will attack toward your ally. This is especially a concern with the archer; those arrows will travel all the way across the board. All this reinforces the pros and cons of your freedom of action. Make sure you use the time in your turn to do what you want to do, like attack and/or run away, but always be sure you allow yourself that last moment to get your player facing in the direction best suited to defend and follow-up. 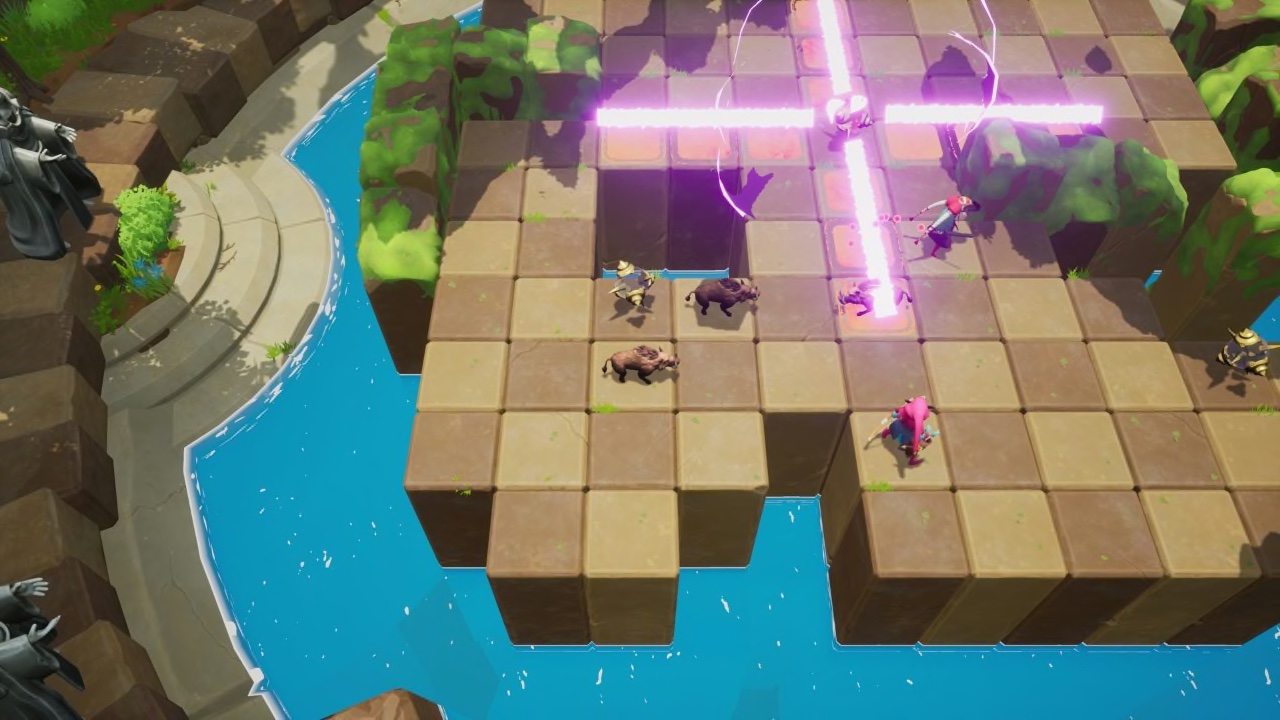 As for the nature of the gameplay, it is mostly like a standard dungeon crawl. You get a map which hints at the type of encounters you’ll face in each area you explore. There is not much by way of story or character development, but Guild of Ascension doesn’t need much to be fun. Even with the early level bosses, the game will throw some interesting twists to keep you on your toes. As with most games, the early bosses are only a problem because you need to level up to improve your stats (like HP) and to get better weapons. For the genre, there are no grand surprises. 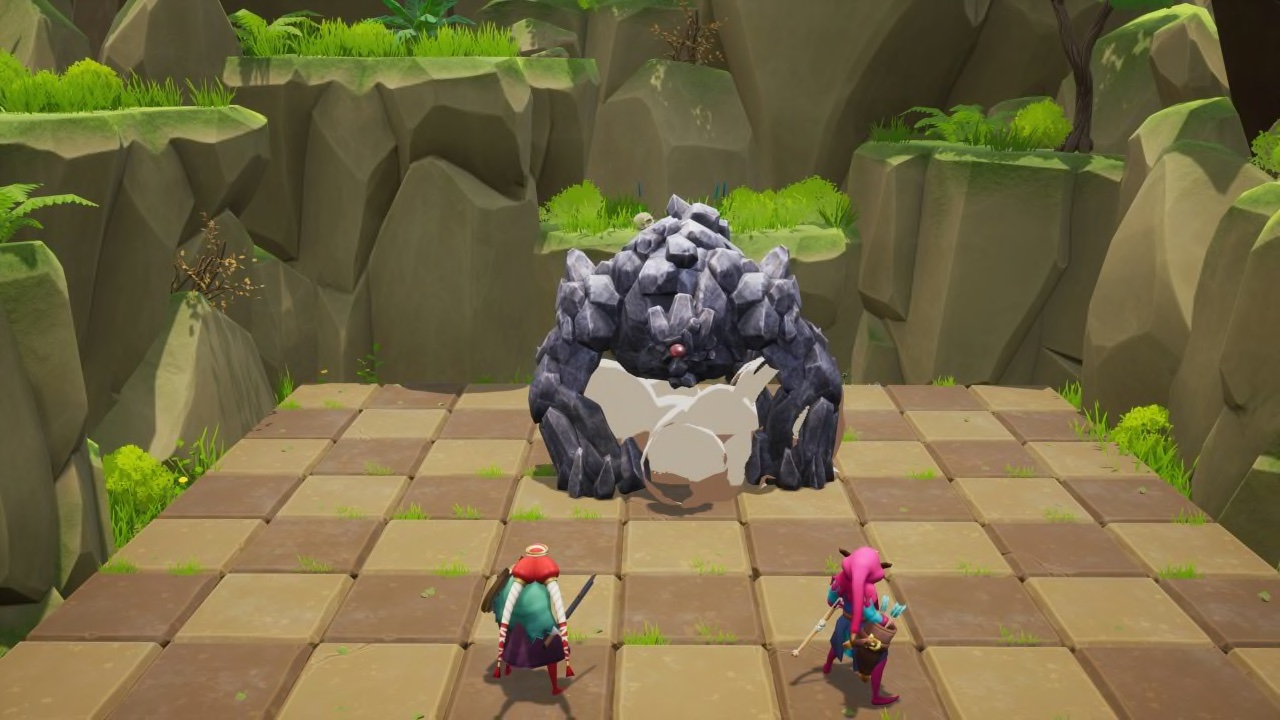 Overall, I found Guild of Ascension to be an enjoyable game. It looks good, plays well, and is fun to play.

Microsoft Activision Acquisition Could be Approved by the FTC Next…

Made in Abyss: Binary Star Jumping into Darkness Has new Overview…

Marvels Midnight Suns Are Peasantly Reeating, Maybe Until Next Year?

Xbox has ‘exclusive news’ planned for this month’s Tokyo…