How do I review a game like JankBrain? It’s a fast-paced action platformer that features an extremely off-putting protagonist. It’s also inspired by retro ‘90s games, but looks nothing like the 16-bit games we know and love. Thankfully, despite these conundrums, it is fun to play.

The strange story goes like this: JankBrain is a bored alien who belongs to a race of super-smart beings. Naturally, he decides to use his powerful intellect to conquer Earth, making him both the hero and villain of this tale. OK, so he’s mostly the villain. And off we go to rampage through various Earth-based dwellings, attacking anything that comes our way as we collect gold and try to take over the world.

Did I mention that JankBrain is a giant brain with legs and arms? He’s an odd-looking character to say the least. I found little connection with him, however he’s comically odd, like he’s meant to be atrociously silly. Anyway, it’s the gameplay that makes a good game, right?

There are the usual platforming tropes, such as enemies to avoid, walls to bounce off, and collectibles to, well, collect. You can fall to your death or be zapped by electricity. It all adds up to a generally fun time, even if there’s nothing new on offer here. Levels are short enough to be enjoyable and long enough to be challenging, without ever becoming frustrating, something I appreciated. I don’t mind a hard game, but since I’m not rescuing anything cute or saving the world, I don’t think I’d feel quite as inspired to push through if it was much harder. 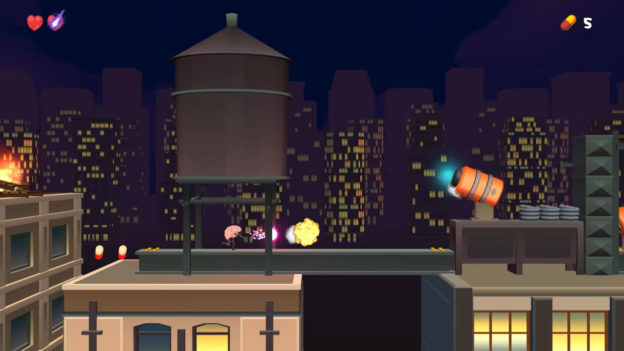 I mentioned up front that JankBrain looks different to the usual retro titles, which is both a good and bad thing. On the plus side, the graphics are slick and smooth. The downside is that I’m so used to the 16-bit look in these retro-inspired games. And, gosh darn it, I like it! It’s probably just a personal preference though, and I admire the developers for trying something new. Let’s say it’s like comparing Donkey Kong Country with Super Mario World. Like DKC, the graphics here are less “flat” and pixel-y than SMW, providing a certain depth, despite the gameplay being purely side-scrolling in nature. It’s not as good-looking or groundbreaking as either of those titles, but if you’re used to the usual “retro” 16-bit style, you might get an idea of what I mean.

The soundtrack is nothing to write home about. It’s fine, providing the simple, fast-paced background noise necessary to accompany your missions. It is catchy, though, and was quickly stuck in my head thanks to its repetition. 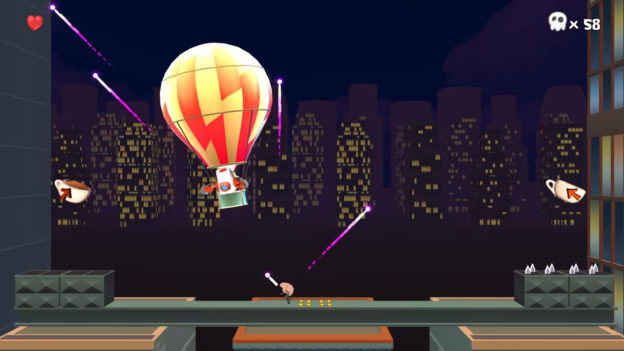 Overall, JankBrain is a fun platformer that somehow stands out from the crowd. It plays like every other platformer you’ve ever played, yet the visual style and unique character help it to feel different. There’s plenty of running and collecting to do, and I think fans might find entertainment here, if they can get past the weird-looking giant alien brain.

Go to the taxi now? Get your money with the current bonuses and…

The manga, directed by Mario, is going to take on the movie Witcher 3