Would that all wars could be retro.

I hate to start yet another review with the words “retro RPG.” There are too many. Some of them are quite good, some are just passable, but at all levels they’re melding into one big game that you soon won’t remember whether you played 3 or 30 years ago.

And yet, here I am, about to tout the virtues of another retro RPG. This one is called Rise of the Third Power, and it comes to us from Stegosoft. If you’ve enjoyed but are feeling somewhat burnt out on KEMCO’s library, you may want to turn Stegosoft’s way. They know what they’re doing. They’re named after the best of all dinosaurs, after all.

Rise of the Third Power kicks things into high gear almost straight away. You’ll start with a party of two characters—Rowan and Corrina—as they attempt to kidnap a princess. They’re not the bad guys, however; this is a desperate attempt to prevent a pending war. Rise of the Third Power tells a story similar to that of Europe in the 1930s. The citizens of Rin are still recovering from a recent world war, but since when do nations’ leaders care about their people (when those nations are superpowers, anyway)? So, we’re left with a band of thieves to save the day.

Of course, that band quickly grows to a group of eight characters to level up and cycle in and out of combat. This is an RPG, after all, but Rise of the Third Power changes up just enough to keep things interesting throughout its 30-hour runtime.

Take combat, for instance. Battles are turn-based, and you’re given a timeline to see when your three characters will work in their actions. You can attack, heal, buff, use items, wait, etc., but I can’t recall playing a turn-based RPG that relied so heavily on special moves. Very early in the game, for example, you’ll meet a monster in a dungeon that the game flat-out tells you not to fight until you’ve found something to cripple its defenses. Thanks, narrative!

Pretty much all fights work this way, as even the most mundane of enemies can be damage sponges if you don’t know how to attack. One character may have the ability to cause a monster to bleed, for example. Cool, because the next character may have an attack that does additional damage to bleeding monsters. Or, you may happen upon a battle against six enemies. You can put the most powerful one to sleep while you clear out the lesser monsters, but be careful not to use an attack that targets all enemies because you’ll wake it right back up. 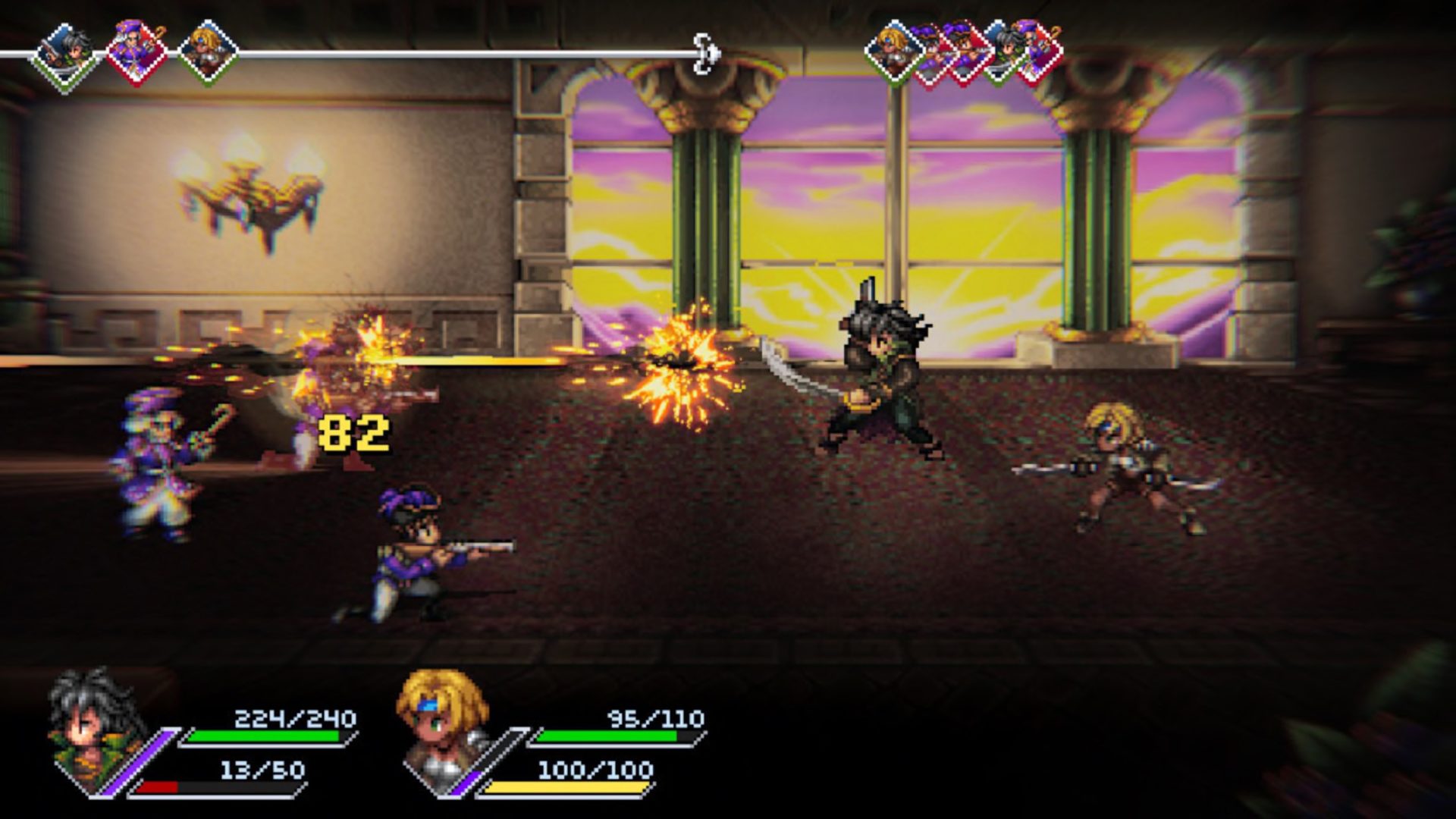 Each character has unique abilities to learn and use, most of which have cool-downs before they can be used again. After a while, characters will develop tandem attacks that can be used for high damage, but you need to build up to them. The strategic teamwork required to use your characters effectively is off the charts in this game, and is an awful lot of fun to master.

Another unique system involves the meter for when or how often you can use your special attacks. It’s like an MP bar, except it doesn’t work the same for all party members. Some refill it with items. Some by using certain attacks. Your tank fills his by taking damage, and can enrage enemies to make sure he’s the one on whom they focus! It’s hard to keep track of at first, but you really will be rewarded for properly using each character as the game progresses. 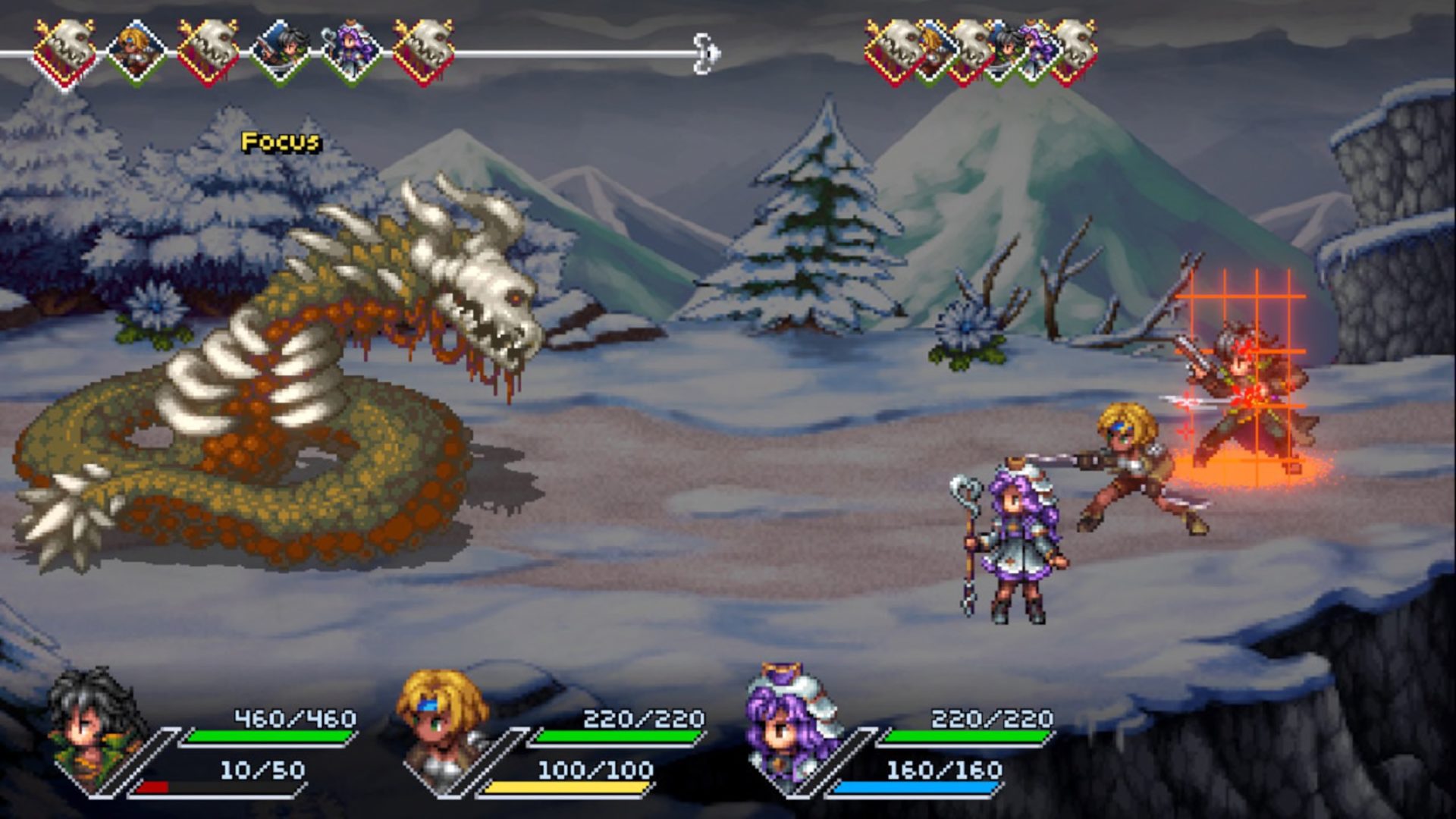 Keeping your team well-equipped and leveled up are key, and the systems are easy to work through. Weapon and armor acquisition is handled via crafting, but it’s a simple method to complete. You’ll find/buy necessary materials, craft what you want, and equip it. The game shows you what you can make and what items you need to do so, it’s just a matter of getting them. That’ll require some grinding, sure, but it also means you’re not replacing items, you’re upgrading them.

There are also skill trees for each character you can unlock with experience. All characters earn experience regardless of whether they’re used in battle, but they all pull from the same pool. So, if you focus too much on leveling up one or two of your favorites, the others will suffer. Whether that matters will be determined by your preferred battle tactics. 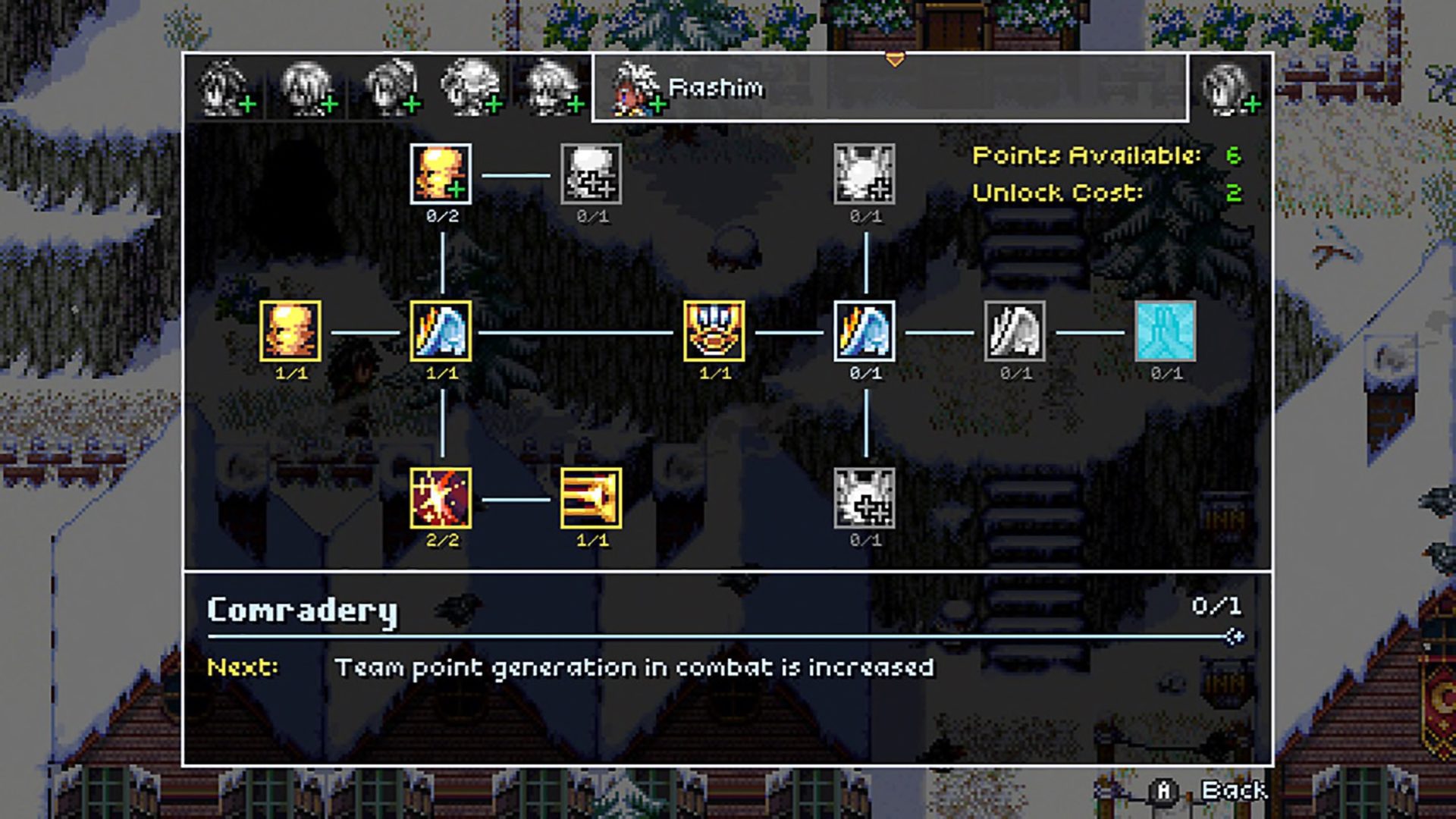 It’s a good thing the combat is so well done, as Rise of the Third Power does stumble in a couple other areas. The narrative occasionally gets sidetracked while building its world history, so there’s not much momentum at the start. It doesn’t help that the initial dungeons are somewhat annoying to push through when they don’t really need to be. It’s often difficult to determine which paths are open in them; a graphic element that may block you in one spot won’t in another.

Worse, there’s no map to show where you’ve been, so expect plenty of meandering as you solve the puzzles required to find your way through. This is more of an issue with retro RPGs like this, as the textures all start to look the same after a while. Is there a word for the fatigue gamers start to feel from staring at the same colors and patterns for too long? If so, that word applies here. The same with the music, which quickly becomes repetitious.

And hey, I know that humor is subjective, but I felt this game tried too hard to be funny, and failed. The flippant attitudes of most characters just seemed terribly out of place for the situations going on around them, making it hard to take the story as seriously as I wanted to.

Still, I’ve seen much worse on all these counts, and none of my complaints impacted my enjoyment. This is a great game. The Nintendo eShop is overrun with retro RPGs, but Rise of the Third Power stands at the top, and it should appeal to JRPG fans regardless of the era it seeks to emulate.

A casual gamer looks at the nostalgic pleasures of MultiVersus

All The Known Battlefield 2042 Beta Issues and Bugs

Rumor – Far Cry 7 Could Take The Series In A More…