Lara Croft is not impressed.

I’ve never been much of a treasure hunter myself. I did once find a $20 bill on the floor of Record Town, which a buddy and I used to pick up a couple of LPs at the nearby RTO (it was a better store). Sharing the loot with said “buddy” is what made that a memorable experience, and that could be the same for you when playing GAMEDIA’s Treasure Temples.

One look at the screen captures here is all puzzle fans will need to know you’ve played this game before. There’s a path to various bits of treasure, and you’ll need to find that path to pick up everything and get out of the room. The trouble here is that the floor crumbles behind you as you move, so you’ll need to plan ahead to make sure you acquire everything and leave yourself a way back to the door.

This is simple enough in the early going, but the puzzles, of course, become more difficult. You’re quickly met with launching pads, enemies that block your path or destroy your blocks, traps that shoot out deadly darts, and more. What may seem like a hindrance, however, could be something you’ll need to use to your advantage. Those launching pads can obviously lift you back to the path you need, for example, and the darts can be tripped to take out enemies blocking your way.

Again, though, you know how this works. The question is what Treasure Temples does to separate itself from the competition. Graphics? No. They’re fun, but not far removed from the type you’d find in your average mobile game. And unfortunately, they don’t change much across the game’s 140+ levels. The story? Of course not. A short introduction sets up the characters from which you can choose, then it’s just puzzle screen after screen.

It is, rather, that second character who helps Treasure Temples distinguish itself. A good portion of the puzzles require duo exploration; you’ll need to position one character in a certain spot, then take command of the second to clear out items or reach a specific location for the other to continue. 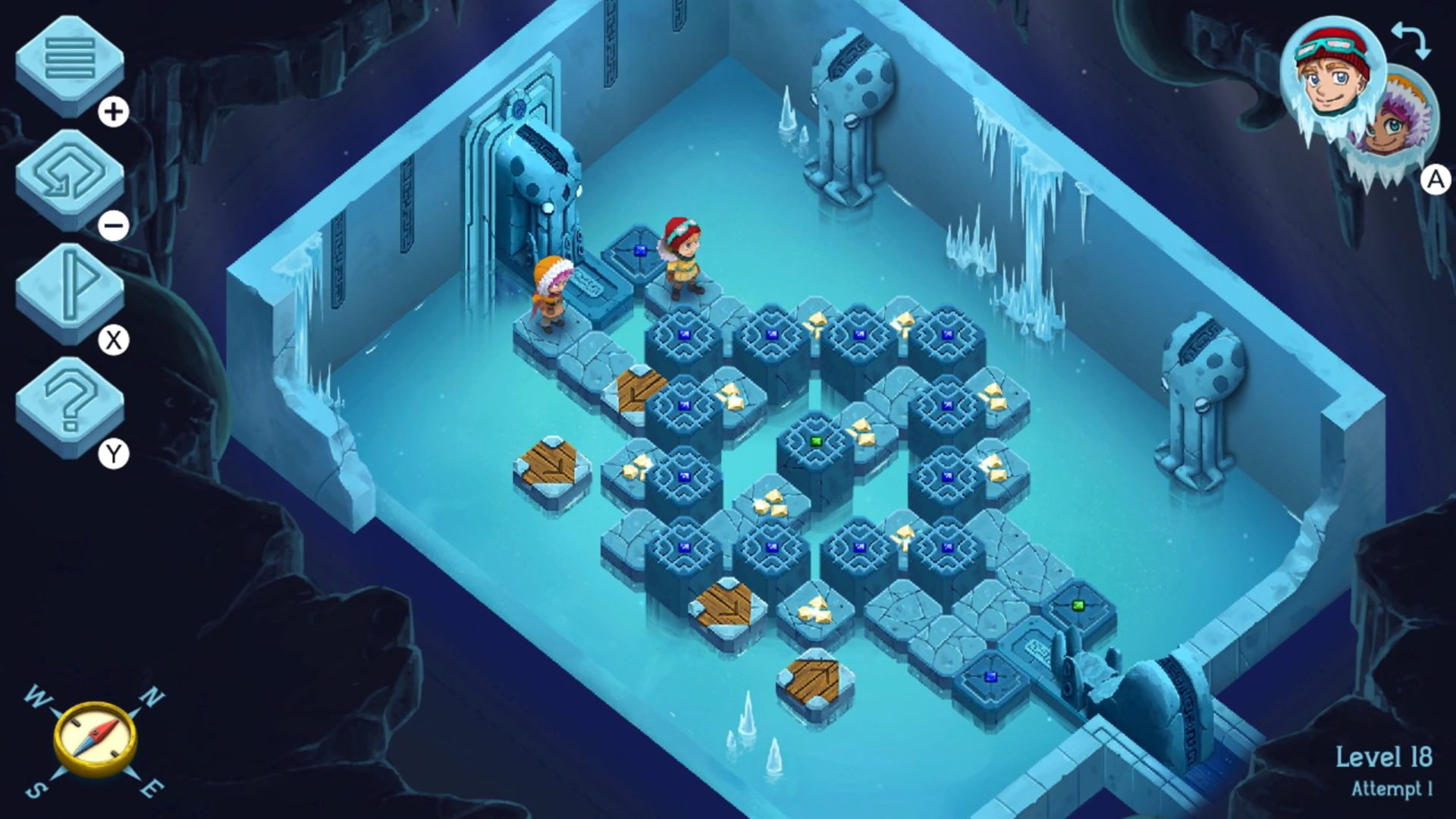 This creates some wonderfully clever puzzles that help alleviate the tedium of doing the same thing screen after screen. It’s just too bad that the developers didn’t create a way to make this a truly multiplayer experience. I often play puzzle games like this with the help of another person, and it would’ve been great to give that person some control so she didn’t have to just bark orders at the screen until demanding, “Would you just give me the controller?”

Treasure Temples has a couple of other elements working on its behalf, as well. I like that each block of levels ends with a “boss” fight. These puzzles are more involved, as you’d expect, and require you to use the traps to take down an enemy to reach the big prize. 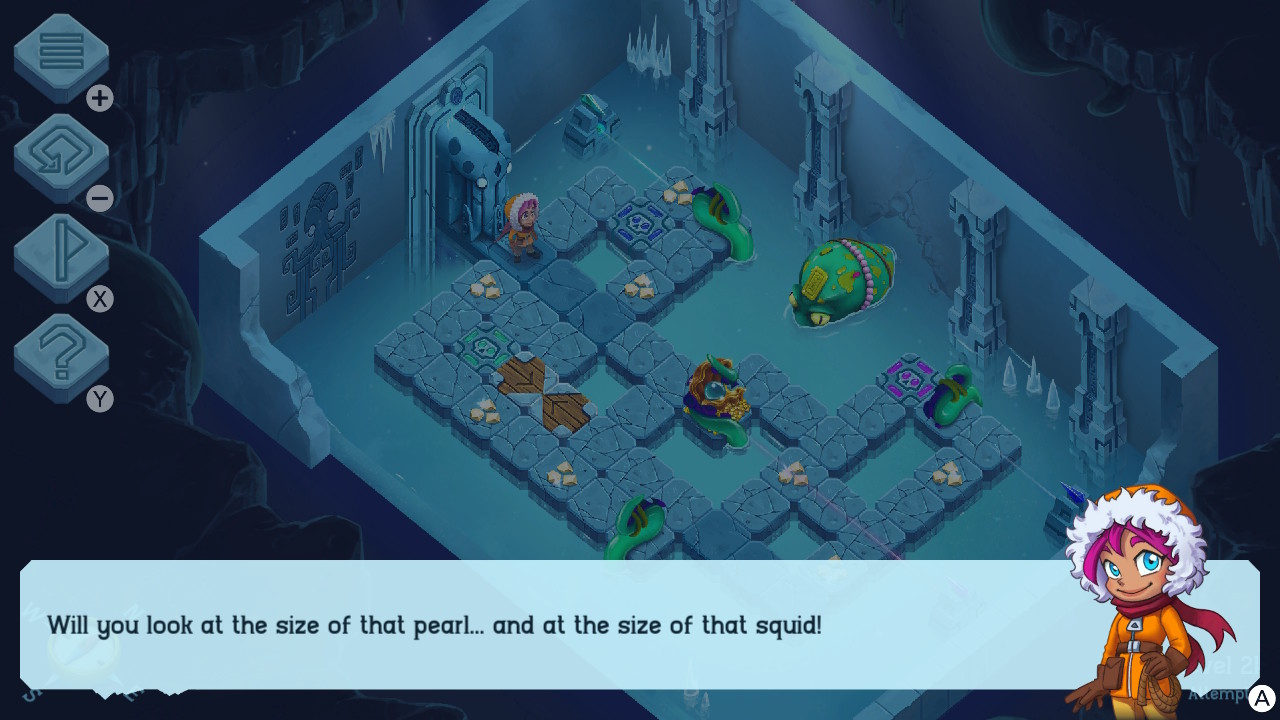 Also, there’s no timer, and you’re never penalized for starting over. This means all puzzles can eventually be solved through trial and error. That’s a detriment if urgency’s your thing, but I prefer to simply relax when it comes to puzzle games.

If you’re looking for a casual way to kill some time on your Switch, definitely explore Treasure Temples. It won’t go on permanent display on your Switch’s SD card, but it’s priced accordingly, and puzzle fans should enjoy their time with it while it lasts.

A casual gamer looks at the nostalgic pleasures of MultiVersus

All The Known Battlefield 2042 Beta Issues and Bugs

Far Cry 6 is free all weekend, plus major discount on all the games

Eabha McMahon Has Penned A Song For A ‘Remake Of A…

The next Monster Hunter Rise crossover features Rush from…