Road 96 PS5 review. It’s certainly fair to say that no other game has managed to quite capture the romanticism and freewheeling chaos of a good old fashioned road trip. Road 96 however, from French developer Digixart (the same hugely talented folks that brought us the superb Valiant Hearts and 11:11 Memories Retold), not only manages to achieve this, but goes above and beyond; deftly interweaving themes of political turmoil, escapism, family and freedom to fashion one of the most intriguing games of the year – albeit one that reaches its end a little faster than I would have preferred.

Unfolding within the confines of Petria, an authoritarian regime on the brink of real political change, Road 96 casts you as a teenage drifter in the Summer of 1996, leaving the comfort of home in order to make it to the border and attempt to escape the stifling country that has suffocated your dreams for so long. A dynamic narrative driven adventure that is told from a first-person perspective, Road 96 isn’t prescriptive at all about how you should get to the border – only that you should take care of your wayward teenager and ensure that they don’t die or get captured along the way. A road trip is an immensely personal pilgrimage and Road 96 gets that. 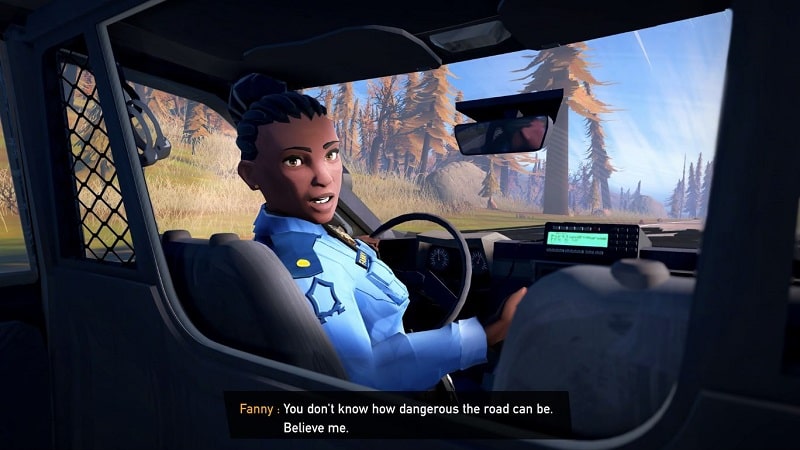 Essentially, Road 96 has you travelling from point to point, encountering different situations and then based on the decisions that you make, your route to the border (and how you make your escape beyond it) changes accordingly. Each of these areas that you’ll stop at might be relatively small, but the sheer amount of freedom that you’re offered helps to make each situation feel impactful and compelling.

The very first situation you’ll encounter in the first episode for example, has you helping a stranded police officer who has lost a relative to the war and then after that, leaving it up to you how you make your way to the border. Do you hitchhike and risk getting into the car of an unsavoury individual and save a chunk of change in the process, or do you hop on the bus, wasting valuable money as a result but also gaining a measure of safety in the process? No matter which you choose, each choice generously blossoms out into a lush tree of opportunity as you meet new faces, acquaintances and learn new skills and abilities as you inch your way toward the border.

As such, Road 96 really taps into why road trips hold such a powerful place in our psyche. That sensation of thundering onward into the enticing unknown, discovering new places, meeting new people, hearing their stories, sharing in their experiences, gaining their friendship and making an indelible mark on those acquaintances that you make along the way is all captured here. 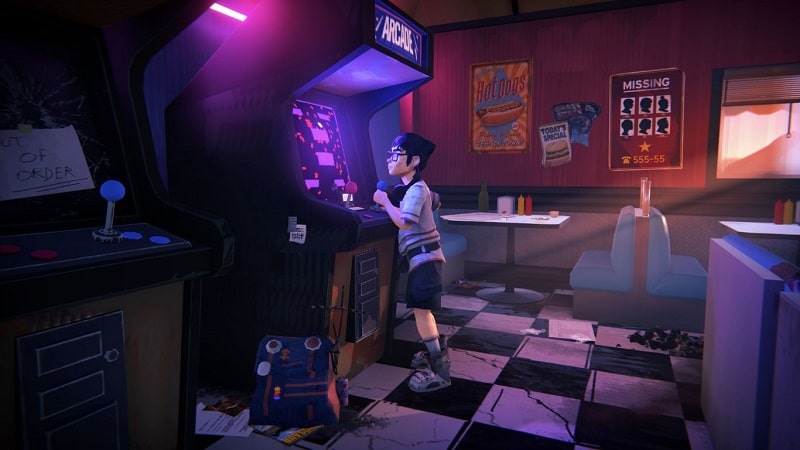 Rather than being an entirely handcrafted affair, Road 96 is actually procedurally generated effort which essentially guarantees something approaching a completely fresh experience each time you play. However, despite the lack of personality that procedural design sometimes inspires, Road 96 nonetheless feels like a very personal and intimate venture.

Each time you manage to get one of Petria’s wayward teens across the border, you not only gain some tricks and new abilities to use next time, but you begin in an entirely different area of the country, meeting familiar faces from previous playthroughs at different points within their respective timelines. Learning a lockpick skill might allow you, for example, to gain access to a truck that is crossing the border and attempt to gain access that way. While another way to achieve a similar result (and there are so, so many ways that you can go about this) could be to simply climb over and hike across the mountains to freedom – a risky exploit that drains away huge amounts of health in the process.

Quite simply, Digixart have done a commendably fantastic job of threading together the fates of all the characters and events in Road 96 that the whole affair coalesces together as a much more heartfelt and personable experience than its procedural design would otherwise suggest. Much more than just a road trip though, Road 96 wraps a much larger macro narrative around that of its freedom seeking protagonist and it’s here that the notion of freedom of choice really comes into play. 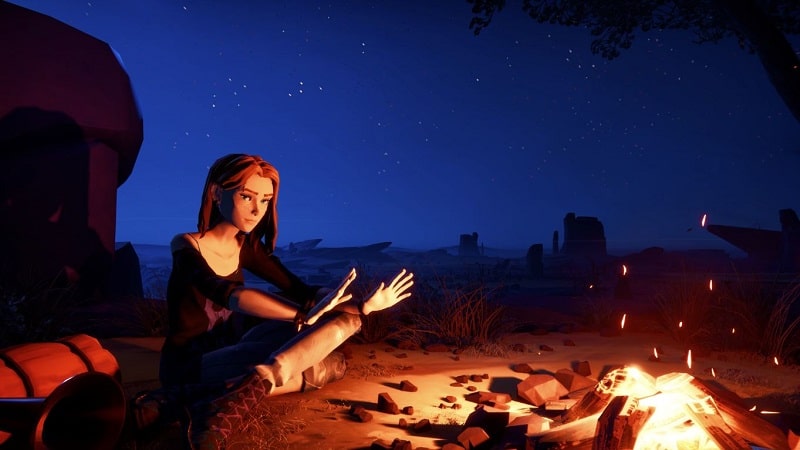 As mentioned at the top of this review, Petria – the country in which Road 96 takes place (a culturally kaleidoscopic hodgepodge of Canada, the United States and some eastern European territories) is an authoritarian state and while seeking your freedom is the ultimate goal, you will come into contact with those who are sympathetic to the current leader (who has their own propaganda news show, no less) and those who aren’t.

In the case of the latter a group of rebels known as The Brigade are fighting back, but a seeming act of terrorism which apparently caused the death of many innocent folks ten years prior, has cast the group in a bad light – and this is something that the mammoth Petrian propaganda machine wastes no time in exploiting. Where the idea of choice comes in here, is in how you express your own political views and how others react to them.

Vandalising posters of either side will elicit appropriately hostile and warm responses from the loyalists and rebels alike, while many opportunities arise to help the Brigade, or the authorities, both directly and indirectly. And this is the thing – because you can play a key role in helping to overthrow the current government or maintain it everything that you do in Petria as you make your way to the border feels worthwhile; not least because Petria feels like a truly lived in place, rather than some faceless sandbox that is devoid of personality or uniqueness. 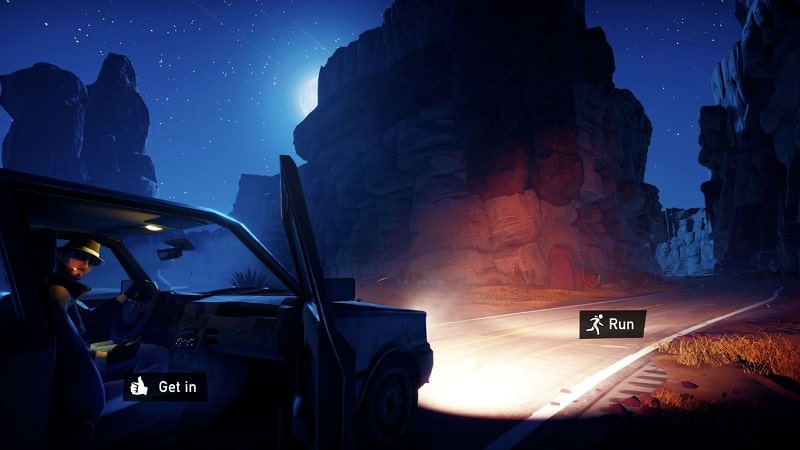 Audiovisually, Road 96 is something of an attractive, if restrained treat. Though the game does affect a look similar to that of the Telltale Walking Dead games (especially where its character designs are concerned), it nonetheless shines through with a vast array of vibrantly realised locales that stretch across the width and breadth of Petria itself. The audio side of things is equally up to task, belting out a series of easy-going earworms that wonderfully underscore free-form narrative that Road 96 espouses.

If Road 96 has something analogous to an Achilles Heel it would be that it isn’t quite as long as I would have liked. In Petria, developer Digixart have crafted an immensely compelling realm stuffed full of interesting characters and situations that in many cases feel lovingly influenced by the silver screen (particularly the works of The Coen Brothers) and so it’s a shame that once all the different characters have been played through and all the scenarios completed that there isn’t more to do beyond that 15-20 hour completion time. 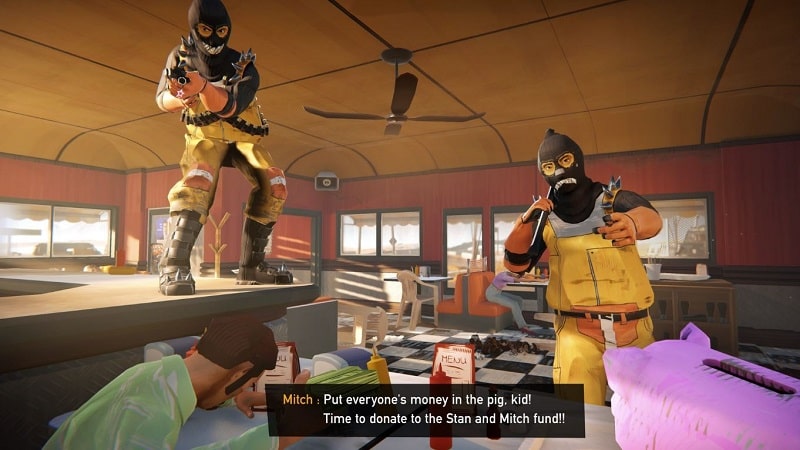 I know it sounds like I’m being greedy (after all a 15-20 hour playthrough for a game like this is wholly acceptable – and often preferable to the multi-hundred hour, open world epics that are routinely shoved down our throats), but I’d say it’s more of a testament to the world building of Road 96 that I simply never wanted to see it come to an end.

Deeply emotive, intimately crafted and bursting with freedom, Road 96 takes interactive storytelling to a whole new frontier and provides players with a timely reminder that developer Digixart is one of the most underappreciated studios in the industry today. Road 96 is essential and its only real folly being that, well, it ends quicker than I would have liked and as far as flaws go in a game like this, there are arguably many worse maladies to have than that. Count me for being on tenterhooks for whatever it is that Digixart do next because if Road 96 is any indication, this is one developer close to their apex of their craft.