Sifu Review (PS5) – A properly balanced meta within a game that allows the player to not only be sunk in by it, but motivates the player to improve is the marker of a very good gameplay meta.

To say that Sifu has a good gameplay meta would be an understatement, as within the five levels you’ll play through you practice and learn to become a more deadly, more efficient fighter.

All wrapped up in a beautiful cinematic style, Sloclap’s executes on an incredible gameplay loop and meta. You’ll soon find Sifu wriggle its way into your brain as you go to sleep dreaming about how you could have performed better in your last fight, replaying it in your mind again and again.

It’s all part of Sifu’s charm, and why you’ll struggle to put it down. Until you get to the end, that is. 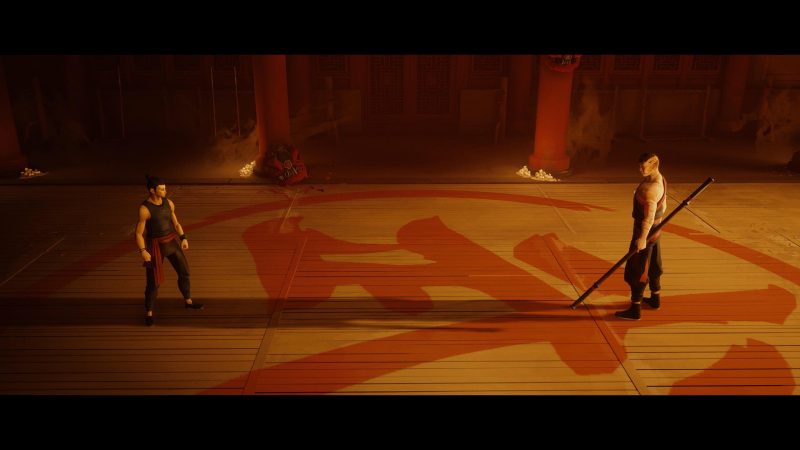 There are many ways you can make a game look good, and it comes down to much more than just super realistic and detailed graphics running at 4K.

High-fidelity gameplay doesn’t mean something will particularly look good. There are already plenty of games that exemplify this, and Sifu can definitely be counted among them.

Sifu achieves its amazing visuals more through its tone, direction, architecture, and art on display.

Characters, textures, environments – they’re not meant to be incredibly detailed, but that didn’t stop me from pronouncing out loud how good this game looks when playing.

Each level feels unique and interesting, leading up to a spectacle of a boss fight in the end.

The cutscenes are another extension of its cinematic appeal, and work perfectly alongside the gameplay for an almost seamless vision.

Also I need to give a huge shout out to the opening credits, because it was the first one in a long time that I actually enjoyed rather than just not caring.

I Get Knocked Down, But I Get Up Again 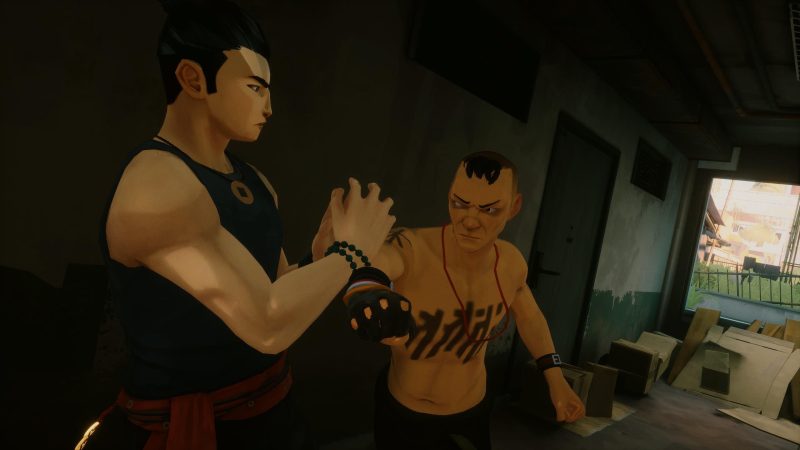 The visuals definitely work given the less detailed environments etc., but they act to only enhance what is of course the core reason to play Sifu – the gameplay.

Sifu’s combat system is very impressive, and just as complex. There’s a very high skill ceiling that, with added difficulty modifiers, could just keep going up.

It’s not all just getting your parry’s and dodges perfectly timed. You have a skill tree with unlockable skills, combos, and special focus attacks.

Sifu is essentially five different levels, each intricate in their own way and all including shortcuts to make future runs less painful. 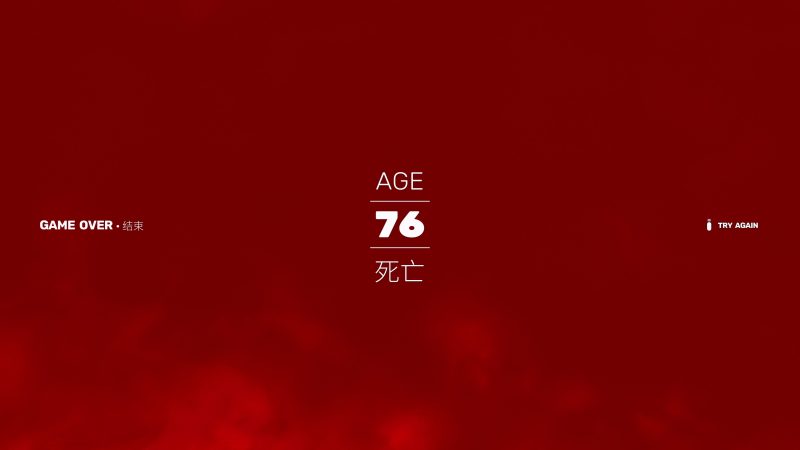 When you pass into the next decade, your health bar permanently decreases, but your damage output goes up.

This goes on until you reach your 70’s, at which point if you die again it is game over and you restart the level.

It’s an interesting mechanic that forces you to really learn the first four levels, as you’ll be replaying them constantly in order to be as young as possible when you hit the final stage.

You’re more than likely just making a b-line for the boss by the fifth stage. 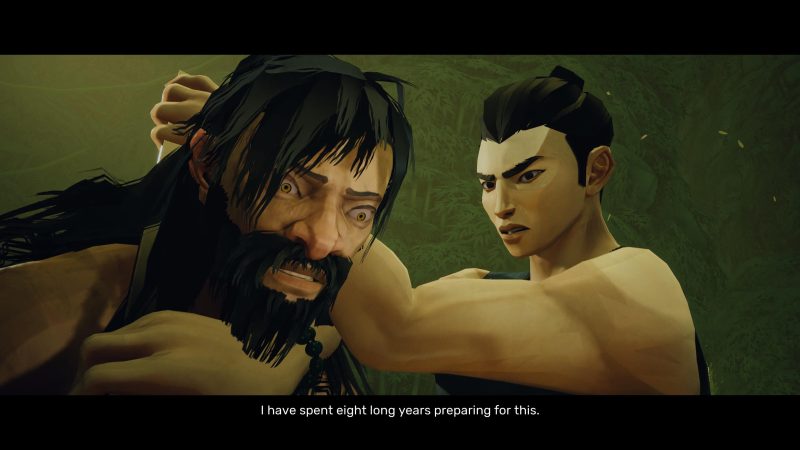 What Sifu makes up in gameplay depth, it lacks in real game depth.

Sifu is a revenge story, which begins with our protagonist being brutally murdered along with his father.

When he’s revived by a magical pendant, he proceeds to spend the next eight years of his life training to be a martial arts master, and kill those who killed his family.

It’s only when you complete your task that you realize a life spent working towards vengeance is no life to live.

The game then boots you back to 20, and you’re meant to play through it again, though this time sparing each of your targets rather than killing them. 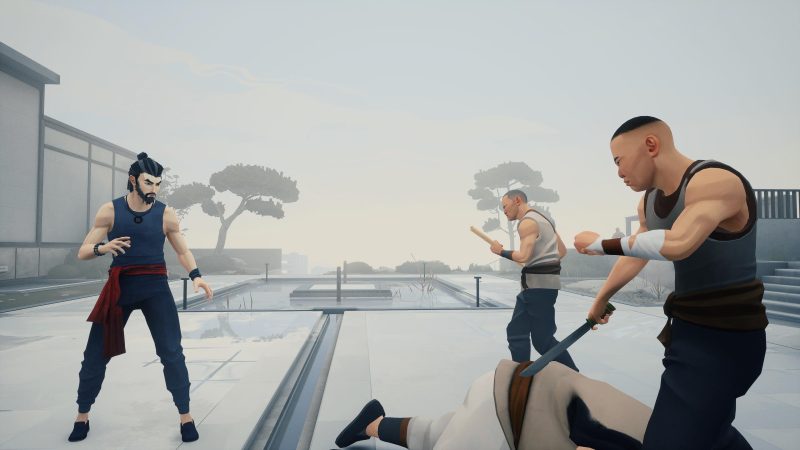 That last part is what’s not really explained. and the option to spare each boss is something you’ll have to figure out how to trigger.

I appreciate how this second layer of choice ties together the whole idea of vengeance not being worth it, but frankly it would have been easier and more noticeable if a pamphlet that said “revenge is bad” came with every copy.

The fact that players could entirely miss this over multiple playthroughs just makes the whole message fall flat.

At certain points in each level there are dialogue options you will have, but for any conversations you have with enemy NPCs just end in a fight no matter what.

These dialogue opportunities crop up regularly throughout the game, but there’s nothing I saw to indicate that they actually have an affect on the outcome.

They feel more like the bones of a more expansive story where you could even spare each person you’d otherwise fight when heading to your target.

For its visuals, Sifu does a great job of making its unique look work in such a cinematic way. The core gameplay feels really good to play, and it is what makes Sifu so compelling.

It’s also worth mentioning that the DualSense controller’s haptic feedback is used very well, and adds a much appreciated level of immersion.

That is unfortunately as far as I’m compelled. It’s disappointing how flat the narrative falls, and how immediately feelings of ‘not wanting to put the controller down’ flipped to ‘already turning the PS5 off’.