The Longest Road On Earth Review (PS5) – As the narrator on the trailer says; “Some people would say this is not a game… but if it’s not a game, I don’t know what it is”.

These are probably the words of The Longest Road On Earth’s musical lead, Beicoli. However, we too must agree that this is not a game per se.

On the other hand, what The Longest Road On Earth can be called is a poignant interactive narrative experience.

Told with only the sung words of a hauntingly beautiful soundtrack, Spanish developers Brainwash Gang take us on a journey through the mundanity of normal life.

While the minimalist style, both visually and audibly, overflows with artistic elegance, the few gameplay elements may prove tedious for some.

Furthermore, the niche is determined not only as a game, but the genre of music it is so heavily built around. As a result The Longest Road On Earth will certainly not be to everyone’s liking.

There’s one thing that must be cleared up immediately in regards to The Longest Road On Earth’s genre.

Of course, the aforementioned quote from the game’s trailer would imply the developers believe it is a game. However we can only reasonably conclude that it is not.

A cynical interpretation would be to call this an elaborate plug for Beicoil, the game’s composer. A glorified music video, If you will.

In that regard, it feels more appropriate to judge this experience as an audio/visual album of sorts. Moreover it’s difficult to give The Longest Road On Earth any sort of objective appraisal. 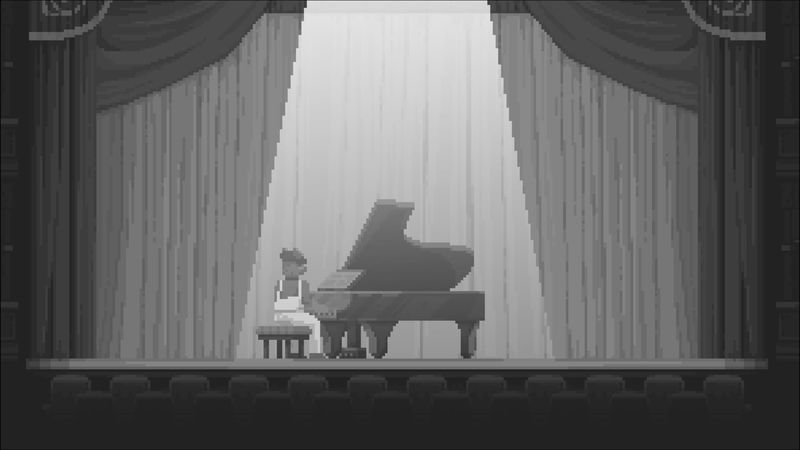 Be that as it may, for those who crave a provocative aesthetic experience, The Longest Road has something to offer.

The art style is compromised entirely of a monochrome pixel art. Despite the obvious limitations that poses, the Spanish team have still managed to convey the nuance of characters expressions effectively.

Furthermore every scene is able to speak for itself visually, without the aid of dialogue.

Everything from the loneliness of an anthropomorphic mouse to the excitement of a moose boy is delivered in animation.

Not only is the retro animation superb in that regard, but these moments are enhanced magnitudes by the real star of the show. Although it surely won’t be to everyone’s taste, the game’s soundtrack is sublime.

Ranging from ambient folk to jazz lounge beats, artist Beicoli always has a track with a vibe to intensify the strange poignancy of each scene. Indeed each song tells a tale that paradoxically fits the vibe of the story without actually being entirely relevant lyrically. 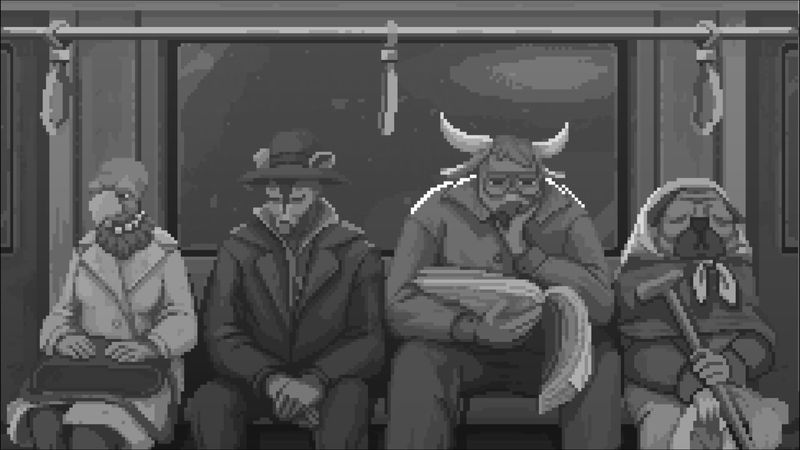 Parables Of The Mundane

The Longest Road On Earth consists of 4 chapters following the everyday lives of 5 characters. To call the events unspectacular would be no exaggeration.

For example, one part of the game sees a wolf-like humanoid queue for 5 minutes. As bizarrely boring as that sounds, there’s a strange beauty in it.

This effect is echoed all the way along The Longest Road on Earth. Whether it be taking orders at a diner, or trying to move to the other end of a room as a stumbling toddler, there’s an odd romance to it.

Each chapter ends somewhat undramatically and ambiguously, yet it’s easy to feel like a deeper sentiment is at play.

Through each tale there is a different theme explored. Of course in every instance the music is absolutely on point.

The most stirring of which is the games final chapter, which sees the game off in a flurry touching moments. The player grows up with its character and discovers play, life and death.

Of course the impact of this emotional expression is elevated by the terrific score, and the effect is very thought provoking. 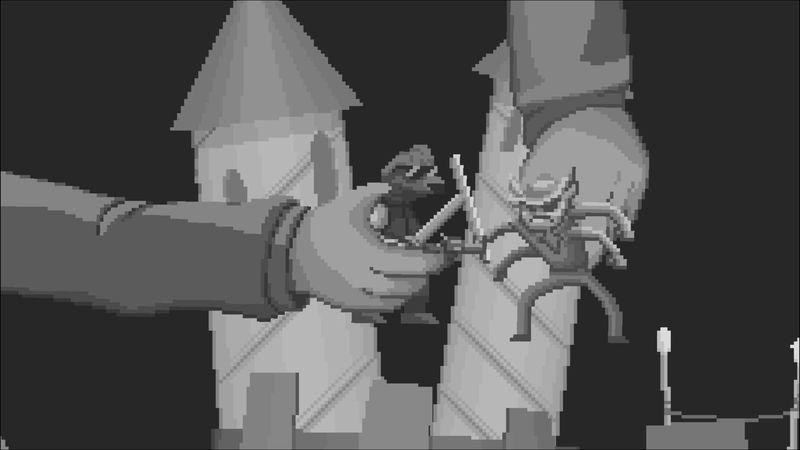 With all the moving sentiments aside, what you’re left with is underwhelming to say the least. Functionally, The Longest Road On Earth is low fidelity 2D walking simulator semi on the rails.

Whilst the games creators intended the game to be at a relaxed pace, the actual walking is a jarringly slow endeavour.

Interactivity is incredibly limited, although they do lead to some meaningful first person gazes at the scenery.

However it can be quite frustrating to figure out what you’re even meant to be interacting with in the first place.

On top of that, the game’s lack of handholding can be a bit obtuse before you figure out exactly what sort of button press is intended.

Generally the music and unique visual production keep you engaged through these sometimes painful crawls across the screen.

However, if you’re just not the sort of person to be inclined to be moved by such things, The Longest Road On Earth feels exactly how the title sounds. 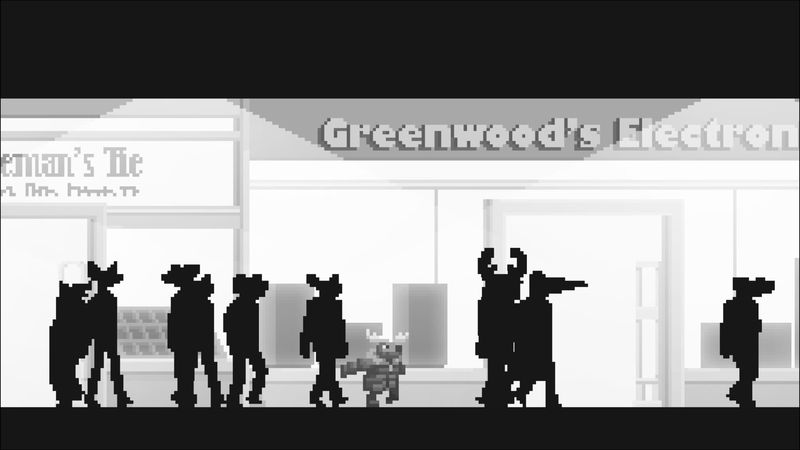 An Intriguing Audio Visual Experience, But Not A Game

There’s no question that The Longest Road On Earth provides a deeply artistic experience for players of that inclination.

Furthermore it is great to see developers expanding the medium of video games for these sort of ventures. Nevertheless, as an actual video game, there is much left to be desired.

On the other hand, The Longest Road On Earth presents a mouth watering opportunity for trophy hunters.

The game is only about 90 minutes long, and the platinum trophy is cheaply granted just for enduring a playthrough.

However, for what you would imagine is most gamers just looking for something to sink their teeth into, The Longest Road Road On Earth is a niche experience too far removed from the mainstream to recommend.

The Longest Road on Earth is now available on PS5 and PS4.

Sunless Skies: Sovereign Edition Takes To The Stars For PS4 On May 19