Vagante Review PS4 Review Vagante is a game I had not heard of, yet after watching the trailer I knew I had to give it a bash. While Roguelite, pixel-art and dungeon-delving are all things I enjoy, I still felt this game could go either way. Interestingly, Vagante was developed by a team of just three people at Nuke Nine, so I was eager to see how their efforts panned out.

Most people know I love a good indie game. I feel that, especially recently, it’s the indie space that pushes boundaries by taking risks, and it’s always an experience where you can discover something truly unique and fresh. That being said, there’s still plenty of clones, pixel-based platformers and a lot of similar-looking titles out there.

Where does Vagante sit? Slightly towards the latter, I am afraid. That does not, however, make it a bad game.

Vagante is a roguelite as mentioned, which is one of my favourite genres in video games. I love The Binding of Isaac, Dead Cells and games of that ilk. It’s something of a genre that was once a niche, but is now creeping into the mainstream. The game that Vagante reminds me the most of is Spelunky, for reasons I will go over later. Vagante does have a few things that sprinkle a little bit of distinctive flavour over something that feels, sometimes, quite familiar. 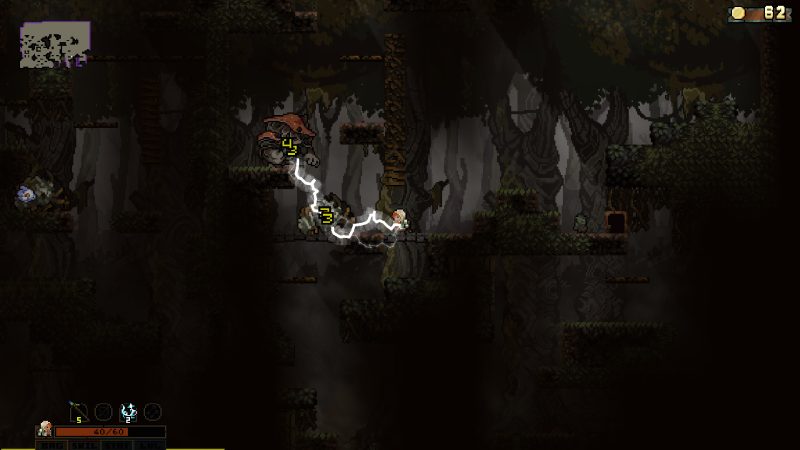 There’s not much in the way of narrative surrounding your many jaunts into Vagante. In fact, I don’t remember anything resembling a story whatsoever. That may bother some, but me, not so much. Story is quite far down on the list of my video game requirements. I can forgive a lack of a narrative if a game is fun, exciting and is mechanically sound.

Vagante is at its heart an action platformer. As you meander through its various enemy filled biomes and kill its eclectic horde of hideous beasties, you will have constant reminders of one of its biggest inspirations.

Arrow traps will hurt you, falling rock traps will instantly kill you and if you take a chicken or fairy through the level’s exit you will be rewarded with more health. Sound familiar? They do say imitation is the sincerest form of flattery.

Where Vagante separates itself from another platforming dungeon diver is its class, magic and levelling systems. There are four classes in the game, with three available off the bat.

Yes, they may be generic fantasy classes – but they do play differently and depending on your looting, choice of levelling and weapons, they can end up quite distinguishable from one another. There are weapons, armour, spells, trinkets and an all manner of goodies for you to tailor your little pixelated warrior to your liking, just watch out for cursed items. 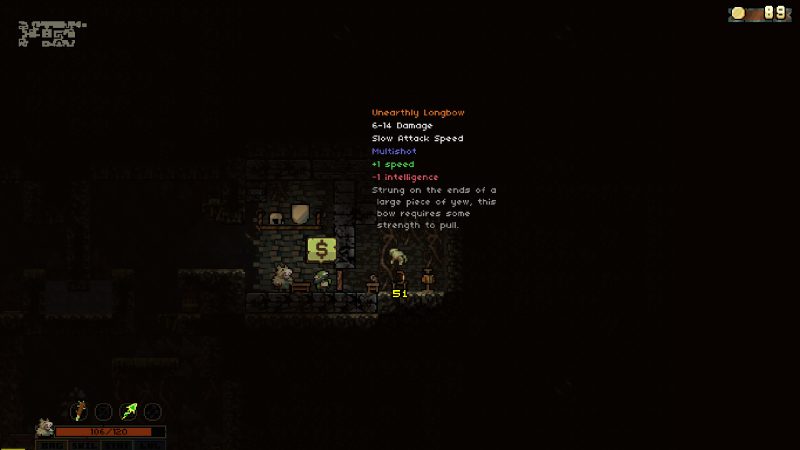 When you first pick up some loot, in your inventory you are treated to a very vague set of stats. To see a full description of what it does you need to find a scroll of identifying or you can do what I do and just whack it on anyway.

When you equip it, its full description is revealed showing its full stats, skills and even curses. If it is cursed you get some detrimental skill and cannot remove it. Now you see why those scrolls are good.

To remove the curse you need to find a scroll of uncursing to remove it. Scrolls, scrolls and more scrolls.

Some of the skills on some of the items are insane and some of the builds I have built have been superb. It is some of the best fun in the game trying out different characters, weapons, spells and how they all amalgamate together to make something magnificent.

This is heightened even more in multiplayer when you have several people making several characters and chucking loot and items everywhere. Bargaining with each other for who has rights to what gear, doing swapsies and then dying to a ridiculous fall onto some spikes. It’s all rather entertaining.

It’s a testament to the game that one of my friends at work said playing Vagante was the most fun he had playing online in ages. Don’t get me wrong I think that was probably due to my idiotic shenanigans but the game facilitated that. Its multiplayer is flawless, frolicking and really adds something as you delve through levels with friends. It’s always comical seeing them die horribly. 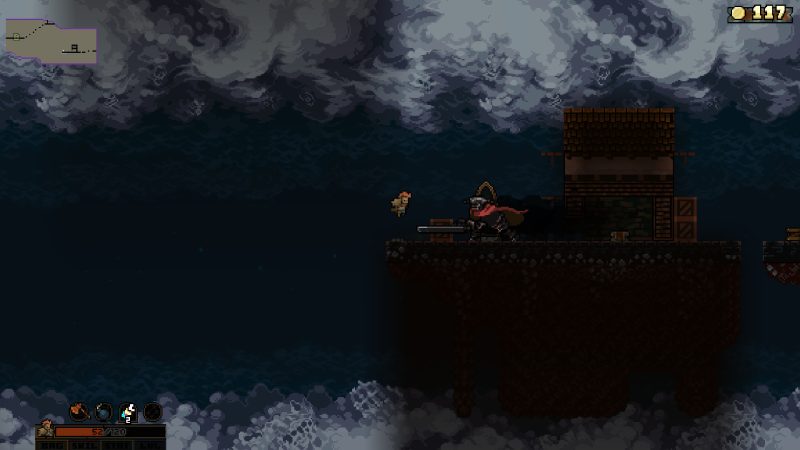 Vagante is hard but never unfair. When I first started playing I thought I was never going to progress but as you get used to the layout of things and the signs of traps, things become easier.

It was the same with some of the bosses, I thought I would never overcome them, until the next time when I had a ridiculous set of items and more experience and breezed through them.

On the presentation front, Vagante will not be at the top of anyone’s list but what it does it does quite well. While the pixel-art is not the best I have seen, it’s quaint, serves its purpose and fits the style of the game well.

The music is adequate but I did find, especially in multiplayer when I was trying to chat, the boss music was far too loud. We both had to change our sound mix to hear each other. Not a big issue though really, but worth noting.

Not Best in Class but Worth a Bash

Vagante feels familiar and especially early on, quite hard. However, if you give it time and get into its looting, build and spell systems there is something there to keep you playing.

It’s especially amusing with friends and with it being a rogue-lite, it is rewarding playing in small sessions. It’s not the best in class rogue-lite but for a game made by three people, it’s certainly worth a look. Especially if you like the genre.

Vagante is currently available on PS4.

Genshin Impact On PS5 Runs At 60 FPS Most Of The Time, Performance…

Genshin Impact On PS5 Runs At 60 FPS Most Of The Time,…