Shiro Games’ open world RPG Wartales is available on Steam Early Access, offering grim tactical combat as one explores the ruins of the Edoran Empire with a band of mercenaries. Though its estimated to be in early access for 12 months, the developer has revealed its post-launch roadmap (via Reddit) for content that can be expected up till Q1 2022.

In December 2021/January 2022, Ironman Mode will be added along with a tutorial for new players, new content and more character customization. Starting options can also be set, allowing one to disable level scaling (which is currently enabled by default). In Q1 2022, the first new region – Harag’s Marshlands – will be added along with a level cap increase, the Forsaken Villages, animal skills, and new hostile creatures.

Future updates include more regions, companion events, an upgrade system for one’s camping gear and randomized content. This is in addition to new skills, items, jobs, traits, crafts and so on. Stay tuned for more details in the coming days. 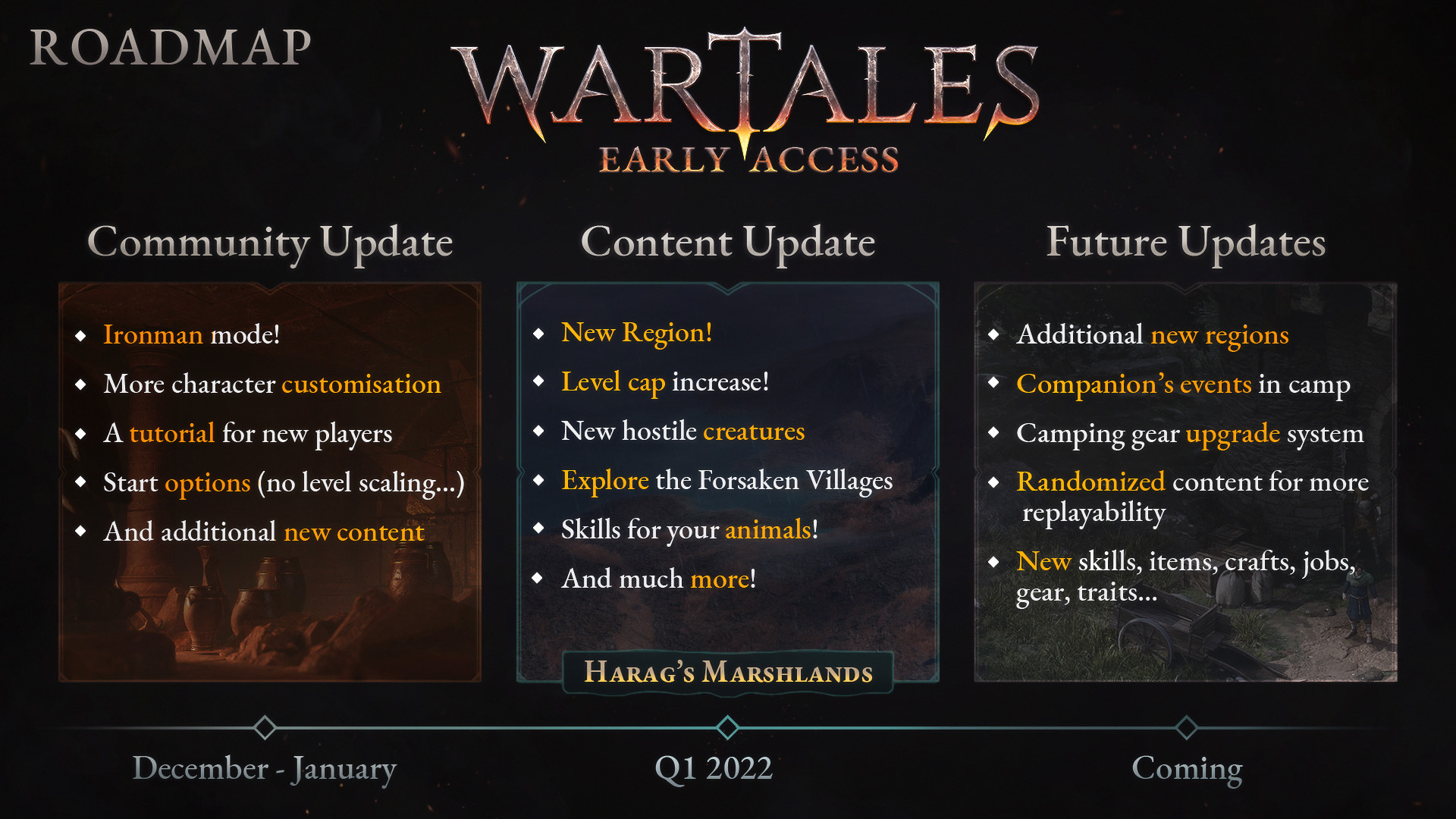 Ex-Blizzard boss Mike Morhaime on allegations: “I am …

Scorn Has Been Delayed to 2022

Marvel’s Avengers Spider-Man DLC Will Include Cutscenes and Story

Is Star Wars: Knights Of The Old Republic Remake Coming To…

Cult ’90s platformer Zool is getting a Steam remake